Amazon Kfapwa Apollo Kindle Fire HD tablet ( 2013 ) has been spotted in GFX Bench results . It seems that Amazon is ready to introduce its next generation kindle fire HD Tablet . The tablet would be names as ” Amazon Apollo Kfapwa ” as per information that we got from the source . the tablet may have 8.9 inch capacitive touch screen display having resolution of  2560 x1600 . There will be overall huge improvement in the tablet than its predecessor . Lots of devices are getting leaked , as result companies are getting huge hype . it will draw its strength from Qualcomm Snapdragon 800 processor . 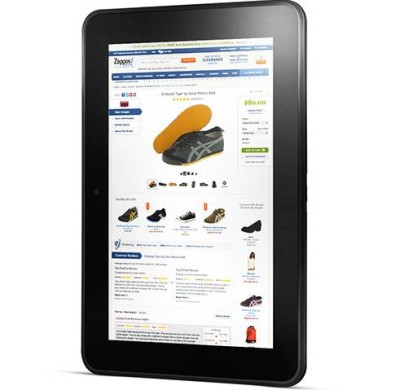 The device will run on Android 4.2.2 Jelly bean OS . The 7inch model will have 1920 x 1080p resolution touch screen display . It will be powered by snapdragon 800 chipset & 330 Adreno GPU to boost the performance . The Kfapwa Kindle Fire HD will have 2GB ram for flawless multitasking  & smooth operations . The device will be heavily customized by the company . The company has not made any sort of statement for the launch and price of the device . The device will be another rival for Google’s Nexus 7 .

It seems that September is the month for big launches  .  The latest rumors that Amazon’s next generation Kindle Fire HD ( Apollo Kfapwa ) will be unveiled by September end .