Apple has finally introduced the most awaited iOS smartphone, the Apple iPhone 5S along with 5C. The company has made wonderful changes over the 5S to delight the customers and to over take Android smartphones. It is most forward-thinking phone we have ever created , said Phil Schiller. It comes in three colors , black, Silver and Gold. The iphone 5S is crafted with high grade aluminum with chamfered ( cut away at corner ) edges, which gives it more premium look. Many are thinking that the phone will be named as iPhone 6. 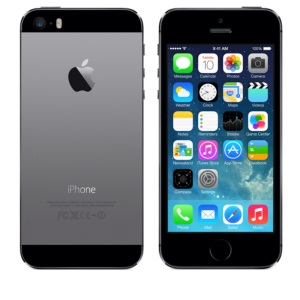 The iPhone5s is powered by 64bit  A7  processor and has 2x the numbers of transistors as its predecessors  . For that it is the world’s first 64bit smartphones. The iOS 7 will also be of 64-bit. The Graphics performance will be 56 times faster than the before. Both CPU and GPU are twice faster than iPhone 5, according to Schiller. The same will be 40x more than that of  1st iPhone.The 5s also comes with new M7 that monitors the data,fitness apps will work with the help of accelerometer, compass and gyroscope. The iOS 7 will run 32-bit apps from third party manufacturer. The handset has support for OpenGL ES version 3.0. 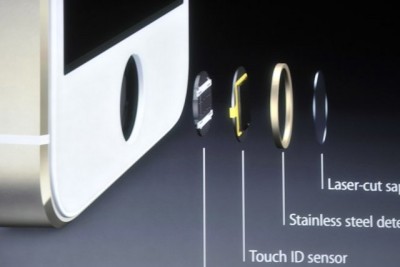 The Apple iPhone5S will offer 10hours of 3G talk time and 250 hours of standby time. The battery for the phone will last up to 40 hours of music playback and 10 hours of LTE browsing.

The phone offers more security and a new way to access. There is in built 170 micro thick sensor having resolution of 500ppi ( pixels per inch ) integareted into home button, that will let you into the ios7 smartphone. The company calls it TOUCH ID. The iOS 7 will be rolled on September 18 for all Apple’s devices, Are ready to Update?

The camera has 15 percent larger sensor than that of its predecessor. The phone has five element lens designed by Apple that has f/2.2 aperture. Not just that to make the images or the shots stable while and before clicking them Apple has included the on board stabilization, as well as for burst mode. You can also record slow motion video at 720p videos 120fps (120 frame per second). 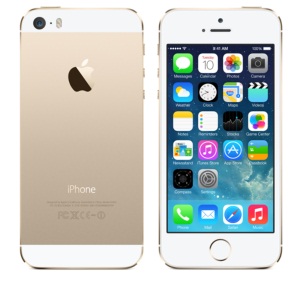