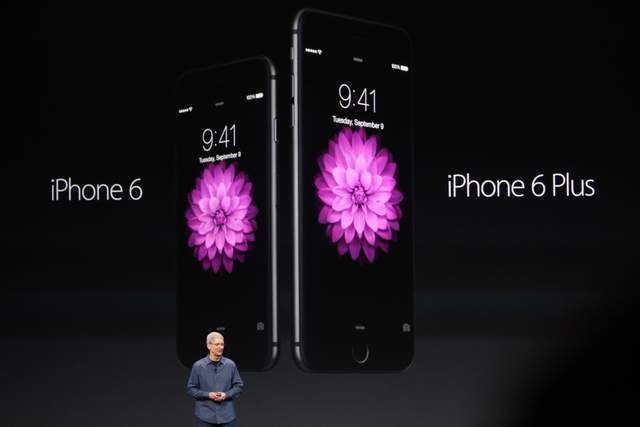 Both the handset are very slim, sleek, light in weight and has premium look as always. The Apple iPhone 6 Plus is 7.1mm thick while the iPhone 6 is just 6.9mm thick, the slimmest iPhones till the date. The Apple 6 is powered by A8 processor based on 64bit architecture and is built on a power efficient 20nm process. The new chipset is 20 times faster than original iPhone + graphics are faster up to 50 times than iPhone 5s. There is a DUAL-CORE CPU clocked at 2GHz frequency under the hood.

iPhone 6 and iPhone 6 Plus Camera

The new camera module has wider f2.2 aperture (more blur in background + more sharp images even in low light ) and a 1.5 micron pixel sensor. The camera resolution is still the same, 8-megapixel. Apples calls it iSight camera, which features face detection and auto-focus. Now you can also record Slow motion Videos at 120fps and 240 frame per second. The iPhone 6’s camera is capable of recording 1080p videos and it can shoot panoramas up to 43-megapixels.  Camera is accomplished with DUAL LED FLASH. 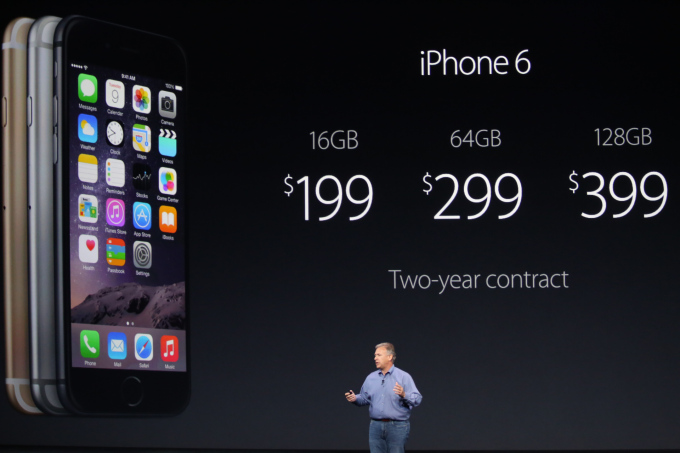 The Apple iPhone-6 comes with a a touch sensor – known as TouchID. It comes with iOS-8 Operating system out of the BOX. It houses a 1810mAh battery which offers 14 hours of 3G talk-time, up to 240 hours of standby time and 50 hrs of music playback. There is 1GB RAM to make the device run. There is Accelerometer, Gyro, Proximity, Compass and barometer sensor to enrich user experience.

The Iphone 6 Plus has Cinematic Video Stabilization. It is also powered by A8 chip based on 20-nanometer processor, has 2 billion transistors and it is 50x times faster than original i Phone and 84 times in GPU. It has M* motion co-processor and has a barometer for fitness apps.

iPhone 6 plus reviews pros and cons

Samsung Galaxy S5, LG G3, One Plus One and Sony Xperia Z2a all record 4K videos and has better camera resolution than Apple’s new innovation. All the above smartphones has 2GB or 3GB RAM while the iPhone6 has just 1GB RAM. Not just that the Battery on the all above smartphones is much more and enough compare to new 6-Plus. So there would be lost of reason for NOT TO BUY IPHONE 6. 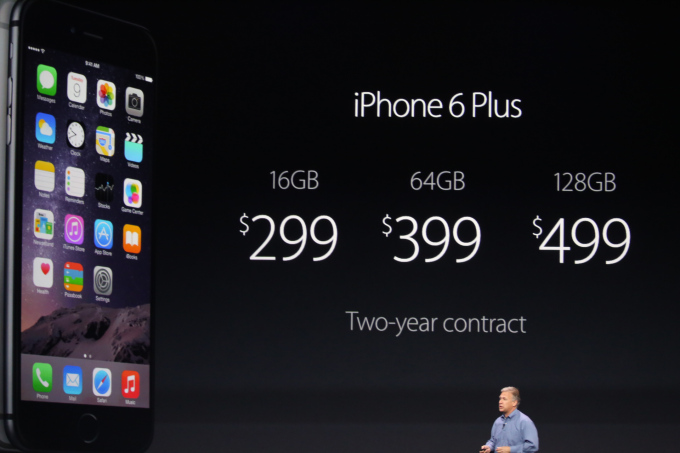 Apple iPhone 6 and 6 Plus will be available in Grey, Gold and Silver colors.  In the USA the 16GB version will cost you $199, 64GB model for $299 and 128GB variant is priced at $399 on contract of two years.  The the iPhone 6 Plus is $100 more expensive than the iPhone6 ( all variants ). Both the smartphones would be available for pre-order on September 12th and goes on sale on September 19th in Australia, France, the USA, UK, Japan, Canada, Hong Kong, Singapore and Germany. It wil be available across 115 countries globally by the end of 2014 ( including India, Netherlands,Poland, Philippines,  Pakistan, Dubai).