Computer is an electronic device that is used for computation earlier and now it can perform enormous numbers of tasks digitally. Computer is used to compute and process the input so that expected result received from the computer as output. Life is going very fast and people do not have time to manage their all business, professional activities manually because they usually have lots of work to do in less amount of time. So, the need of today is technically and electronically managing, creating, processing, exchanging of information from one place to another within few seconds. Technology is usually required in all walks of life. Here, we are going to discuss the technology which has become an essential part of everyone’s life in various fields. 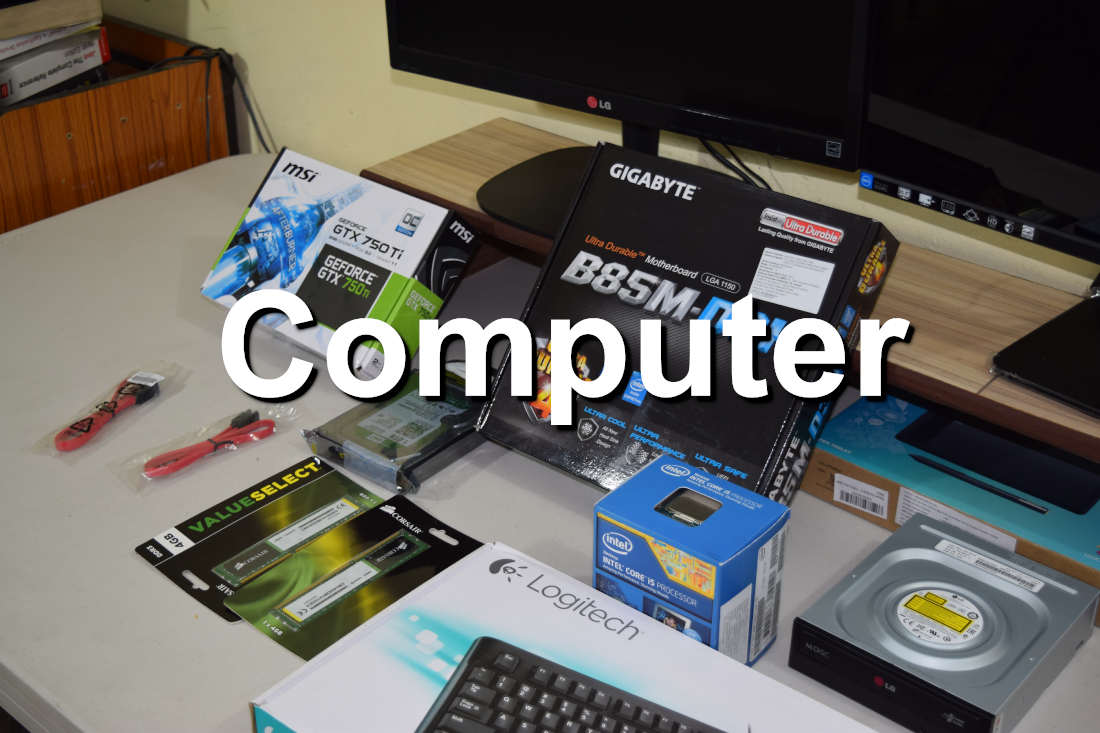 Computer is a machine which includes both electronic as well as digital working. It is used to perform different types of functions such as processes, calculations, operations based on the instructions given by a software or hardware program. Computers are widely used all over the world to speed up their works and to build up the majority of things in their lives, such as food, entertainment, communication, transportation, etc. Computers are used to store data, followed by the given instructions. It is also called Personal computer (PC), data processor, laptop computer, word processor, etc.

Computers are meant for:

The word computer has derived from the word “compute” which means to calculate. Hence, it is a device which is used to perform arithmetic operations as well as logical operations.

A data processor is consists of some form of memory, central processing unit.

Computer works by taking input from the user as instruction, then process the input using its logical and arithmetical computational powers and gives out the processed result as output. The Output further can be stored in the memory.

A word processor is consists of hardware & software parts. The various elements of the computer system are:

Computers can’t think on their own so, they need instructions which instruct them what to do and how to do it. Software is a set of instructions or programs and each of these programs is specified to perform a specific operation. All these programs or computer applications run behind your monitor’s screen. They are also called intangible components as we can’t feel, touch or see them because they don’t physically exist. In other words, you can say that software is the programs that are stored & run by hardware.

Examples of computer software are:

Hardware is a tangible component of the computer system. Tangible components means those components which exist physically and can be moved from one place to another. It plays an important role in storing your information or data temporarily and executes the given command or instruction.

Hardware parts and software programs of a computer system are completely dependent on each other and both have no meaning alone. Firmware is an intermediate between the software and hardware in which they work together to get useful output from the computer. Hence, the firmware is the group of software and hardware or you can say that it is a computer program that has been inserted in the hardware devices. Also called embedded software.

All the software programs are inbuilt in hard disk, it is an element of hardware.

Humanware is a person who interacts with the computer machine and executes the commands. for example: computer professional, a student, etc all the users of the computer are known as humanware. Examples of humanware: Software Engineer, Developer etc.

Computer maintenance is a habit to keep your computer & its parts clean and free from any dust or dirt. It also involves the methods to improve the performance level of the system. The main purpose of this process is to manage your system in a good state so that your computer system always run or work smoothly without any trouble such as technical problem, etc. Learn how to make your computer fast.

How we can maintain our system’s quality to be good?