Celkon S1, the company’s latest flagship android smartphone has been launched for a price of RS 13,719. Initially the price of the phone was 14999 and now it is available at RS 13719. The S1 comes with some top specs and there are many things in the phone, which makes it apart from other phones in the market. It would compete with Micromax Canvas Magnus A117 ( check out our review) and Zen Ultrafone 701 FHD. 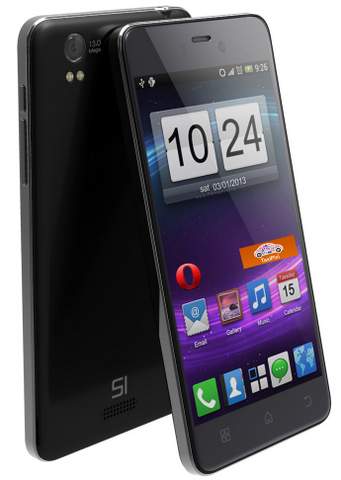 The phone has 5 inch Full HD IPS display with OGS tech and 1.5GHz quad core processor. The most interesting thing in the phone is its slimness, it is just 6.5 mm thick and weighs 137 grams. The S1 packs with 13 megapixel primary shooter and a 5 megapixel secondary shooter.

The Celkon S1 is capable of recording Full HD videos. It houses 2300mAh battery and has 1GB of RAM. Other features are nominal such as, 3G, WiFi, Bluetooth, GPS, FM radio and micro USB. It would also compete ( VS ) with recently launched Lava Iris Pro 30.