What is an Operating System?

An operating system is a set of various software that manages computer resources (software as well as hardware resources) & also provides services to the users. It acts as a mediator between computer hardware and the user. It controls all the devices connected with the computer. Different types of operating systems has introduced based on the requirements and cost affordable capacity of the users. Different systems perform different types of computer operations & manage various data processing jobs. 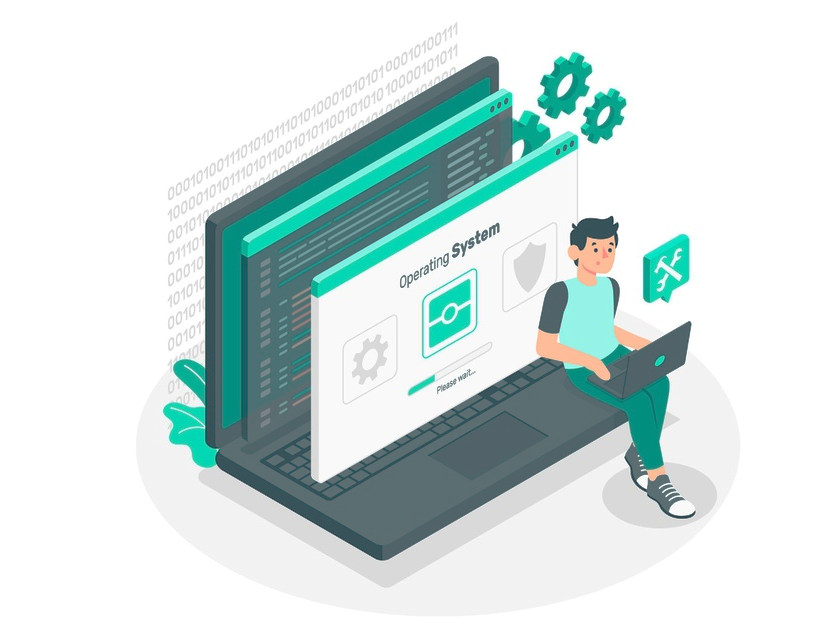 Know more about the Functions of Operation System.

Here is the brief description of the various types of operating systems:

Batch processing means the transmission of jobs to the CPU in a batch or a group for further processing. These jobs are grouped in batches as they have the same requirements. In the batch processing system, the user and operating system does not directly interact with the computer system. A user formed a job which is composed of program, data and sends it to the computer operator. Jobs with similar needs are batched together and are run through the system as a group to speed up processing. Then, after that operator will sort the programs with similar requirements.

Multiple processing operating system is a system in which multiple programs are processed at the same time. It makes use of two or more CPUs within a single computer system. It requires multiple CPU so that a program can run on more than one central processing unit at a time. If one of the CPU fails to run the program or shows disintegration then, the other CPU will undoubtedly take over its job and start processing it. This phenomenon is called parallel processing which improves the performance of the computer systems. Examples of multiprocessing operating systems are Windows-200, UNIX, Linux.

Multi-programming refers to the sharing of a processor by the independent programs. In the multi-programming operating system, several programs can be used at the same time by the same computer system. These programs can be executed one after another by diving the processor into a short time slice. The operating system does not simultaneously execute different programs, instead, it executes part of one program, then part of another program, and so on. It executes one program for a given length of time, then executes another program for a given length of time & so on. The most commonly used multi-programming operating systems are Windows, Mac, Linux, etc.

The multiple users shared processor’s time is referred to as time-sharing. Time-sharing is a mechanism in which a task is given some time to execute. All tasks are given some time to execute so that all tasks work smoothly without any problem. The tasks may be from a single user or different users also and each user is given a particular share of time. This particular share of CPU time is called time slot or time slice or quantum.