The latest news from rumorland is that Gionee is working to launch its Elife E7 smartphone with 6.1 inch Display with 2560 x 1600 pixels resolution (2K). The company has already launched Elife E6 flagship in India with high end specs. Now, it seems that company want to raise its name more by launching a high end smartphone in the market. 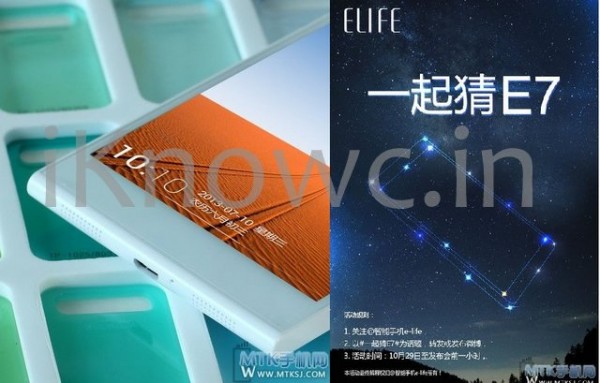 Apart from this, the Gionee Elife E7 would be powered by Qualcomm Snapdragon 800 quad core CPU or Xiaolong 800 8974AB, instead of budget chips by Mediatek. The device would also feature 4G LTE support and NFC. It’ll feature 3G, 2G, WiFi, Blueooth, GPS and HDMI port. The launch date / release date of the smartphone is November 29th. It would run on Android 4.3 or 4.4 kitkat. Well the specs are not full confirmed, so take it as rumor till something goes official. The handset would be priced under $560.