HTC Desire 826 has been officially launched at CES 2015 with impressive specifications. The Desire 826 features a 5.5-inch Full HD 1920 x 1080 pixels display, Octa core processor based on Qualcomm snapdragon 615 chipset integrated with Adreno 405 GPU, similar to Yu Yureka. It is company’s mid-range smartphone, so you can expect decent pricing for the phone. It is a Dual SIM smartphone, although it also comes in Single SIM variant. It would compete with Xiaomi Redmi Note 2 / 2S, Micromax Yu Yureka and Xiaomi Mi-4. 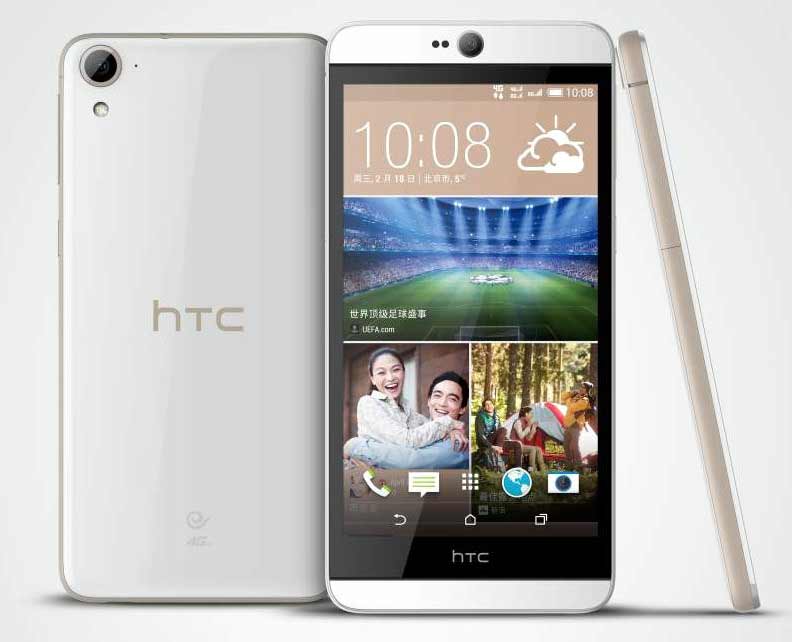 HTC Desire is boosted with GB of RAM and has 1GB of internal storage plus further expansion by micro SD card up to 128GB. It runs on Android 5.0 Lollipop with HTC sense UI on the TOP. It packs with 13MP primary shooter having f/2.2 aperture, BSI sensor and 28mm lens and a Ultrapixel Font facing camera with f2.2 and wide angle lens.  It is 7.74 mm thick and weighs 155 grams.

For better Audio Experience there is HTC BOOM sound applied to Dual frontal stereo speakers with built in Amplifiers and Dolby Audio. It houses 2600mAh battery. Other features are 4G LTE, 3G, WiFi,  Bluetooth with aptX, GPS and micro USB with OTG.

The HTC desire 826 comes in four colors including White, Black and pink. It would be launched in India in February 2015, as it has been listed on company’s official website. The price of the phone is not announced yet.