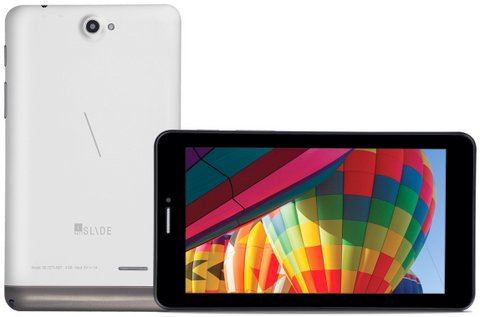 The iBall Slide 7371 3G features 512MB of RAM, 4GB on internal storage and 32GB expandable memory. To make the device alive there is 3000mAh battery. You can surf 3G internet via inserting 3G enable SIM card in the phone. It packs with 1 2MP rear camera and a VGA front camera. The Ram is bit Low but you can not expect much at this price tag.

As its is a Dual SIM tablet, hence you can make voice calls. Talking about the connectivity options, there is 3G, WiFi b/g/n, Bluetooth, GPS, FM radio and micro USB with OTG support.

The iBall Slide 3G 7271 HD7 is priced at RS 8,999 MRP  and is available from online retailers. The company would launch it officially by the end of this month.