Karbonn A26 Smart another Dual core device from Karbonn surfaces online on Flipkart . Karbonn Smart A26 comes at an attractive price of RS 6290 . It is very much cheaper than Karbonn A27+ smart , which is also launched few days back . Karbonn A27+ is also a Dual core smartphone but it has 8MP rear AF camera , it does support 3G . Yes of course now days each & every part has its own place , specially when it comes to camera . Hope you aware of that , Nokia has Announced Nokia Lumia 1020 with 41MP camera at $300 . But that falls under high end devices segment  . The Smartphone like Gionee Elife E6 would compete with that , but who knows the results . 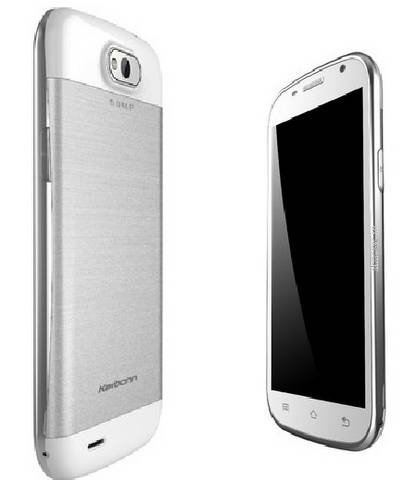 The Karbonn Smart A26  is powered by Dual Core processor cloaked at 1GHZ Frequency and 512GB Ram . Karbonn A26 is running on Android 4.1 jelly bean OS . It has 5inch capacitive Touch screen of FWVGA resolution . The phone packs with 5MP rear camera with LED flash & a VGA camera at the front . The device gives you access to Dual SIM cards slots .The internal memory is of 4GB out of which 2.12GB is available for user further it can be expandable up to 32GB via micro SD card . It offers 2G , WIFI , BLUETOOTH  , FM radio & micro USB connectivity .

Karbonn A26 doesn’t have 3G network support . If you use 3G network with your phone that this phone is definitely not for you . On the other hand Micromax is talking about to bring 4G enable devices in India . Better to buy Celkon A107 at around the same price . Other features are basic and there is nothing special in the device other than its price & its look . Yes the Karbonn Smart A26 look Premium , glossary & robust .