Karbonn Titanium Hexa, the latest and the first 6-core smartphone from the company has been launched. The Karbonn Titanium Hexa is India’s first HEXA-CORE smartphone and it comes with some nice specs. It has 5.5 inch 1920 x 1080 p FULLHD LTPS Display and most good thing is it runs on Android 4.4 Kitkat. It would surely compete with Moto G and seems to be better than Motorola Moto G. 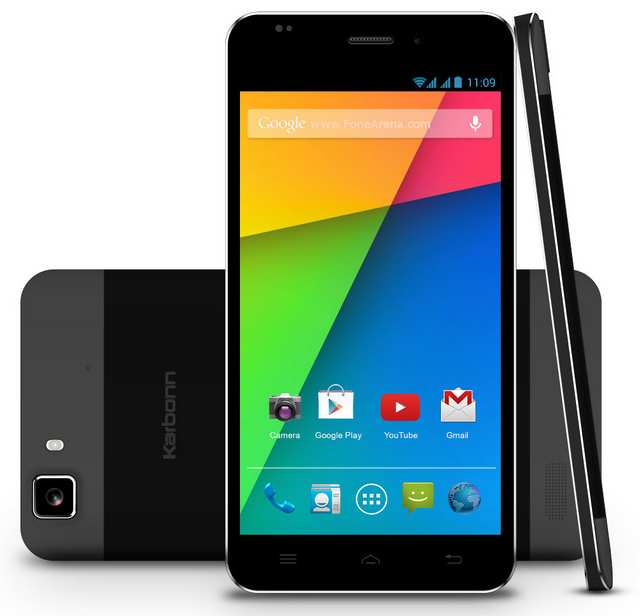 The Karbonn Hexa features a 5.5 inch FHD Screen and 1.5 GHz hexa-core Mediatek MT6591 processor. To make the hardware of the phone run there is latest Android 4.4 Kit-kat operating system. It supports DUAL SIM and is just 6.9 mm thick. It will also compete with recently launched Micromax Canvas Knight A350 and Gionee Elife S5.5 which is world’s slimmest phone.

It packs with 13MP primary camera with flash and a 5MP front imager.  It has 2GB of RAM and 16 GB of ROM, also the 32GB expandable memory. It offers 3G, WiFi up to N, Bluettoth, UST OTG and GPS connectivity. It comes with HSPA+ support which offers up to 42.2 Mbps down-link speeds.  It houses 2050 mAh battery, which would be the only disappointment in the phone. ‘

The Titanium-Hexa is priced at RS 16,990. It will be available in White and Black colors.