Karboon mobiles has launched Karbonn Titanium s9 . The device has bigger screen than its predecessors . It has 5.5 inch capacitive display having resolution of 720 pixels ( IPS ) . Many are waiting for Karbonn Titanium s6 to launch as a competitor of Micromax Canvas 4 ,which is going to be launched by today at 12PM . The price of the device is bit higher than expected . The device is priced at RS 19990 . iBerry Auxus Nuclear N1 , Gionee Elife E6  & XOLO PLAY all these have 1.5GHZ quad core CPU . Gionee Elife E6 is better from all above . Although Lemon Aspire A4 is also there to compete Karbonn S9 with Full HD display . 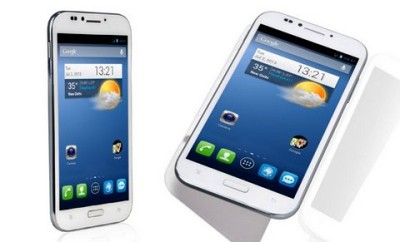 The Karbonn S9 has 5.5inch IPS display having resolution of 720pixels . The device draws its power from 1.2GHz Quad core processor paired with 1Gb of ram . The device has 16GB ROM ( internal memory ) & further it can be expandable via micro SD card . The device runs on Android 4.2 jelly bean . 13MP auto focus camera at the back with Flash & 5MP front facing camera makes it much more attractive . It also has Dual Sim Capability . Other features like 3G , 2G , Wifi , Bluetooth , GPS , 3.5mmaudio jack & micro usb are also there . The S9 Titanium has G-sensor , light sensor & proximity sensor . The S9 is powered by 2600mAH battery . Specs of the device are considerably good but the price not . According to me karbonn will soon drop the price of the device to Rs15000 or more . But at price of Rs 19990 the device is not that much affordable . Today Micromax is also going to launch its new flagship device  , so lets see that happens there .