Finally after a long time period Karbonn seems to be ready to launch its new Flagship smartphone, the Titanium X. The TitaniumX is the first phone from the company with Full HD resolution Display. Company has disclosed most of the features of the handset, which are quite nice. The Ram of the handset is known yet, but if it comes up with 2GB of RAM then it would be the best 1.5GHz quad core smartphone in the India. There are only handsets in the market, like Micromax Canvas Turbo A250, Intex Aqua i6 and Gionee Elife E6 which can compete (competitors/rivals/ VS) with the device. 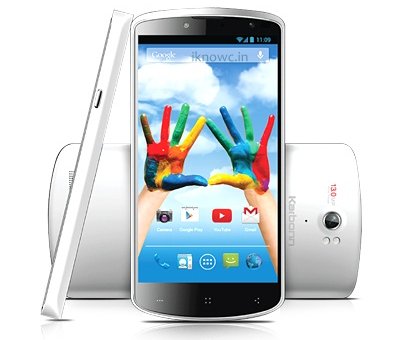 The TitaniumX will have 5-inch Capacitive touch screen display with FHD resolution (1920x1080p). It packs with 1.5GHz 4-core MT6589T CPU and to make the smartphone run there is Android v4.2 Jelly Bean operating system. Surprisingly the phone has NFC support, which makes it apart from its competitors. For Video and photography there is a 13MP auto focus primary shooter with Dual LED flash and a 5MP front imager with Video calling support. 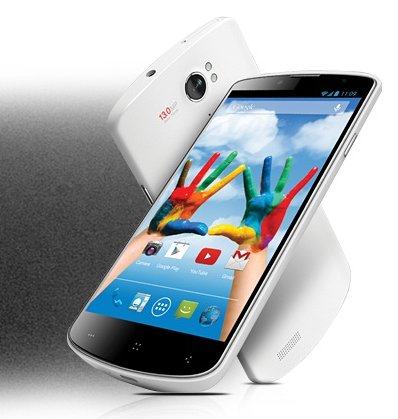 The handset is capable of playing and recording  Full HD 1080p videos.  It has 3G HSPA+, 2G, EDGE, WiFi 802.11 b/g/n, GPS + aGPS and micro USB and would have  OTG support . There are 2 microphone in the phone for better audio input during call and video recording. The handset seems to have uni-body constructions and looks stylish, premium and slip in the press images. There are also three capacitive button below the display.

The Karbonn Titanium X houses 2300mAh battery and it is the first Android smartphone from Indian vendor with NFC support. The phone comes in white color and would be priced under RS20000. The company soon launch it officially in upcoming days.