Karbonn has officially launched the Titanium X, that appeared on the company’s website last month. The TitaniumX comes with amazing specs, but it is hard to say whether the smartphone lovers pay attention to it. The device would face tough competition from its rivals, such as Zen Ultrafone 701 Full HD, Micromax Canvas Magnus. The handset offers some top features while on the other hand it may disappoint you, specially when you put on its performance. 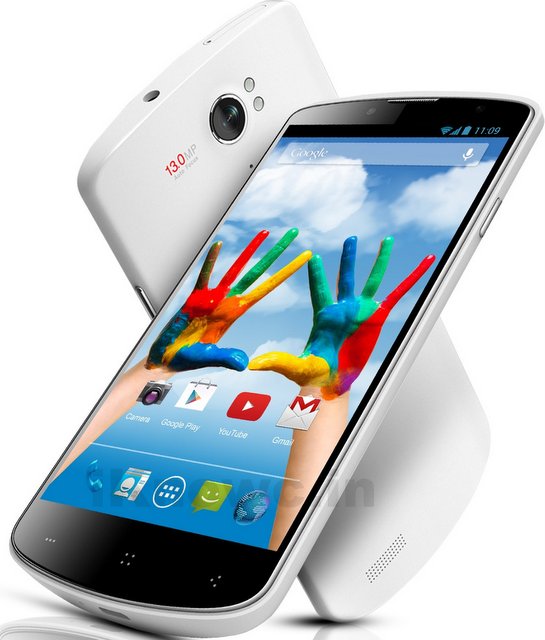 The devise comes with 5-inch Full HD IPS display (based on OGS), 13MP rear shooter, 5MP front imager, Android 4.2 Jelly bean Operating system and 2300mAh battery. Well, all the features that we mentioned above are Plus points of the Phone. The 1GB RAM would make you despondent. Overall the handset is really impressive and nice, but price of the Titanium X is little more than its competitors.

The another most interesting feature that Titanium-X offers is NFC connectivity. We think it is the first MT6589T based phone with NFC in India. So this feature would make the price of the device satisfactory, but basically depends on and varies with person to person.

The company has included some features like Direct Call, Flip to mute, Shake to answer and more. The Titanium X is priced at Rs.18,490 and it comes in White color only. The phone does support USB OTG and is capable of playing and recording Full HD videos. It will compete with Micromax Canvas Turbo A250.