Lava has launched LAVA IRIS 504Q that can respond without making any sort of touch input . Yes , the Lava 504Q has gesture motion technology that can respond to gesture by hand over the device . It seems that Lava is inspired by Samsung Galaxy S4 . Gesture Motion Technology is the same tech that was used in Micromax’s A85 & in Samsung galaxy as well . The device will surely hit the market in unique & different way . Not just Lava , Micromax is also working on Gesture Motion Technology to integrate the same in Micromax Canvas 4 . The Iris 504Q is priced at Rs 13499 . At same price now you can also buy Micromax A116 Canvas HD , ZEN Ultrafone 701 HD , Gionee Gpad G2 , Gionee DREAM D1 ( unboxing & review ) , Celkon A119Q & Micromax A110Q canvas plus . All these are Rivals / vs / Competitor of the 504Q but there some additional specs in the device that sets it apart . Gionee is also going to launch Gionee Elife E6 with 1.5GHZ quad core CPU & 2GB of RAM . 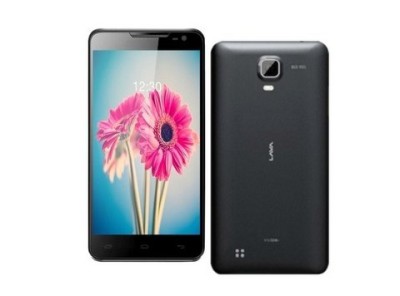 Lava 504Q Iris gets its strength from 1.2GHZ Quad core processor equipped with 1GB of ram . The 5inch HD  OGS technology display having resolution of 720p is fine for pleasing anybodies eyes . At the back there is 8MP camera , it is auto focus camera with LED flash  & BSI senor . The device also have 2MP front facing camera . The device is capable of playing as well as of recording 1080p videos at 30fps . The iris 504q is 8.4mm thick . It runs on Android 4.2 jelly bean OS .

It is Dual sim android smartphone . But only one sim Supports 3G . The 2000mAH battery act as power house for the device . The battery of the device claims talk time of upto 15hours &standby time of 230 hours . The device does support OTG functionality . BUY LAVA IRIS 504Q at price of RS 13499 via flipkart .