The most awaited devices from the Apple are finally here. Along with the new iPad Air that comes with 9.7 inch retina display, the company has also announced the iPad Mini. The company has made huge improvement on the both the tablets. The Mini tablet is powered A7 64 bit processor, the same processor which integrated on iPhone 5s recently. The device is priced at $399 while the price of original version is dropped to S299. 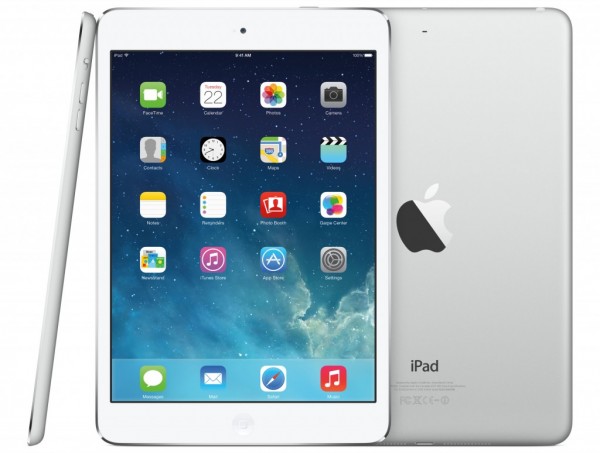 The new Apple ‘min’ is just 7.5mm thick and weighs only 331 grams. It has 7.9 inch LED backlit Multi Touch IPS display with 2048×1536 pixels resolution at 326 ppi, which is quite nice to please your eyes. The display of the tablet also has fingerprint resistant oleo-phobic coating. The device gains the strength from company’s recently introduced A7 64bit CPU and M7 motion co-processor. It packs with 1.2MP webcam at front and 5-megapixel shooter at the front. The device is capable of recording Full HD 1080p videos. It features dual microphones and runs on iOS 7 operating system. It comes in two variants WiFi and WiFi + Cellular.

The price Apple iPad Mini for WiFi model starts from $399 (16GB) and While the 16GB base model of WiFi+cellular variant starts from $529. The retail launch date for device is November 1st.  It would arrive in India by next year, 2014.