Memory is an area of computer where information is stored temporarily in RAM & permanently in ROM. It is capable of storing the instructions before as well as after processing of inputs. The basic function of these storage devices is to store the data, instructions, the outputs in the computer system so that they can be accessed by the users whenever they want to use them in the future. 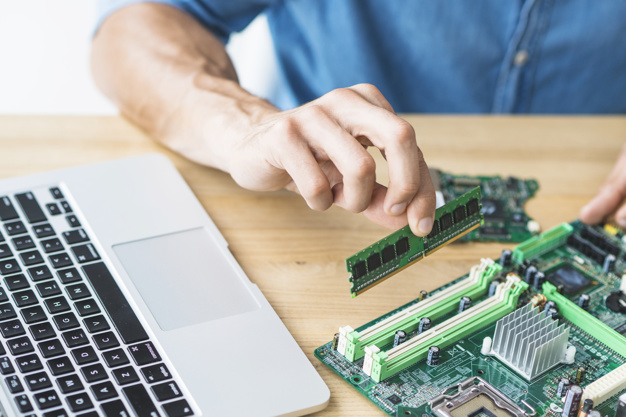 The computer memory has been categorized into two large categories:

Primary storage is also known as main memory as they directly stores the data accepted by the input devices before processing. It is also called temporary memory because it temporarily stores data in it & data can be lost if there is any power failure. It is unable to store the data in bulk. It consists of storage locations & each of these locations has a unique number known as Storage Address. Due to these unique storage address, it becomes easy for the system to access directly any particular type of data.

The main memory directly interacts with the processor of the computer.

Other Words For Primary Memory

RAM stores the data entered by the user into the computer & this stored data is accessed randomly that’s why it is named so Random Access Memory. In simple words, you can say that it stores data that is currently using. Computers can easily fetch data from RAM but it will vanish out as the power goes down. RAM is generally used by many devices such as PCs, tablets, servers, smartphones, etc. RAM is available in the computer in the form of chips. It becomes easy to read and write the data (in the RAM) instantly. It is a volatile memory.

ROM is also called non-volatile memory as it can hold the data without the flow of any electricity. It consists of a tiny chip placed near the CPU on the motherboard. It is a permanent type of storage. It does not lose the stored data even the computer’s power is switched OFF. It is in-built in computer memory. The instructions which are required to start the computer is stored in ROM & this process is known as bootstrap. In ROM the user cannot write the instructions because it is read-only memory. In ROM data does not store & selected randomly as happened in RAM. When we switch on the computer system the instructions has stored in the ROM get loaded and after they executed naturally. This ROM chips can also be seen in many other electronic devices like calculator, washing machines, microwave oven, etc.

Cache is also a volatile memory & hence, data is lost in case of power down. It is a space between the computer’s hard drive & RAM. Browser saves copies in it. It has low capacity. It is a very high-speed memory lies between the main memory & the processor. It is also called Buffers.

As we all know that a program is a set of instructions. So, when you run a program these instructions are supplied by the primary memory to the CPU. At first, the data get loaded into the RAM & after that it is issued to the CPU. CPU is capable of bringing out a massive number of instructions per second but RAM is not able to deliver the data to all the cores of the CPU at the same time. Hence, CPU demands access to a super-fast memory. So, here the cache memory comes in use. Cache memory is the fastest among all the memories. It is also a RAM but it belongs to a special kind of RAM, called as Static RAM. The cache has memory size in the range of kilobytes up to megabytes. The data which is usually required by the CPU is stored in the cache as well as supplied by it. It includes different levels of memory.

Different Levels Of Cache Memory Are

How process Flows In cache?

RAM is necessary for performing multiprocessing functions at the same time. But when the space in the RAM is not sufficient to store the data as its size decreases when various applications are opened at the same time.in that situation, no other program will run. So, to overcome this problem virtual memory is required by the system to perform the alternative tasks of the RAM. Virtual memory provides another RAM which is quite different from the physical RAM. Physical RAM is available in the form of a chip & the size of the RAM is limited while virtual memory is in the form of software that takes space of all the disks in the computer.

Secondary memory is also called non-volatile memory as the data stored in the secondary memory is not lost even the power of the computer is switched OFF. Auxiliary memory is permanent as it stores the permanently till the user does not delete or modify it. Users can access the data in the future whenever he wants to use or reshape it.

Other Words For Secondary Storage are:

(2) Magnetic Disk: It works on the direct access method in which you can easily access any data directly that you want to use. There is no need to access the data in sequence to approach the desired data. It is also made up of plastic material i.e., Mylar. Any portion of the data can be accessed by the user directly. It consists of sectors and tracks. Tracks are the coordinated circles & sectors are the portions generated by splitting the disks into the number of sections.

In optical storage, data is stored on the optical medium by using a beam of laser light. It uses laser light to store & retrieve the information. The devices used optical technology to store data is called optical storage devices. It is non-volatile as the data is retained even the system is switched off. It provides high storage capacity at low cost.

(1) CD-ROM: It stands for Compact Disk Read-Only Memory. It is the storage medium in which various types of data can be stored in digital form like images, video, playback audio, etc. It has a storage capacity of 630 MB. It uses the method of One Time Write which means that once you have stored data into it you cannot delete it. In simple words you can say that it is not reusable storage device. You can write the data into it only at once. You can read the CD-ROM in CD-Player, CD-ROM Drive, CD Drive, etc.

CD-ROM is further organized as:

It is generally used for storing large applications. It is just similar to a CD-ROM but it has high storage capacity. It can store data minimum of 4.38GB and maximum of 17GB. It stores data permanently which cannot be modified or erased.

Solid State Storage is a non-volatile memory that stores digital data by using electronic circuits (integrated circuit). This device is working stores data without any moving mechanical parts & this type of storage is also known as flash memory. This memory is permanent and does not erase data when the power is switched off.

Block Diagram Of Computer How to take Screenshot on Windows 7, 8, Win 10 pc