The latest news from the rumor land is mean for Micromax lovers. Micromax A200 canvas Turbo mini would be the company’s upcoming smartphone. The A 200 turbo mini is spotted online with leaked images and specification. Recently MMXnewscaster has also posted the alleged image of the A200 Canvas Turbo mini. The company has not revealed anything about the phone yet, but it is expected to launch next month. It would come up with 4.7 inch 720p HD display and 1.3Ghz quad core processor paired with 1GB of RAM. 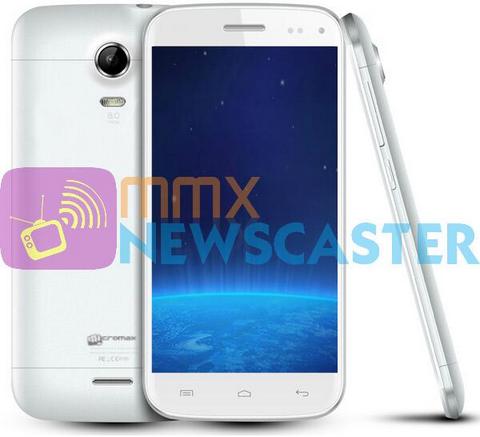 The display would have Gorilla Glass protection on the TOP. According to the sources it would  have 1800mAh non remove able battery. If the source is to be believed the Micromax A200 Canvas Turbo Mini will have 8MP rear and 5MP front camera. It will have 4GB of internal storage and Mali 400MP2 GPU. It would be a SINGLE SIM handset, that takes micro SIM card.

Well it is the not only smartphone that is leaked yet, Micromax A350, A300 Hero best are also leaked. The A 200 Mini would be launched next month, if rumor comes true.