Micromax A54 Ninja 3.5 Smarty is the device from Micromax that comes with very attractive price and specs too . Micromax Ninja3.5 Smarty runs on 1GHZ Qualcomm 7225AA Chipset .Micromax A54 Ninja-3.5 runs on Google’ Android Os 2.3.5 (gingerbread ) . The device has DUAL SIM capability , one 3g and one 2g SIM .Micromax A 54 looks much premium that it actually is . 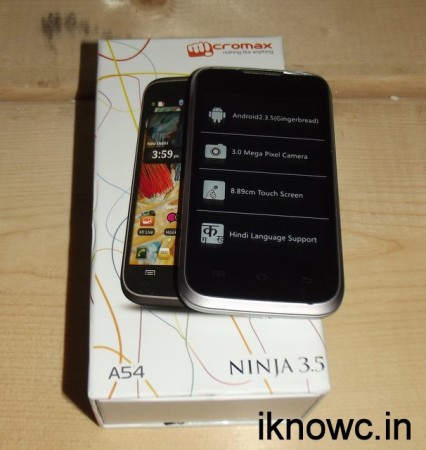 MMX A-54 Ninja 3.5 has 3.5 inch capacitive display with resolution of 320*480 which is decent at this price segment .Lets have a in-depth look at the device …

Micromax A 54 Ninja-3.5 looks more stylish and expensive then it actually is . Micromax A-54 have round edges , which makes it look like slim . At the front of the device there is 3.5inch capacitive display having resolution of 320×480 pixels & colour depth of 262k . 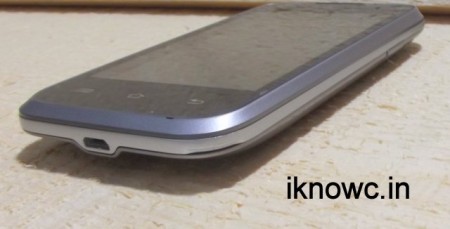 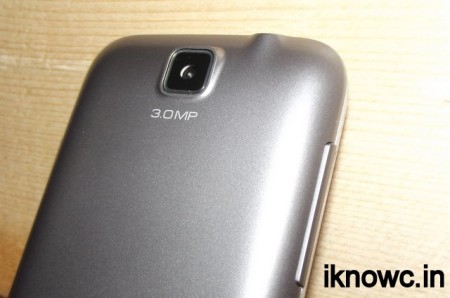 Micromax A54 Ninja-3.5 runs on Android 2.3.5 which is Running on the most of the android handset . The Android 2.3.5 user interface of the device makes device approachable . Micromax did some customization in the device UI as they added there MI apps , added time and whether notification widget . You can do quick setting by scrolling down the notification panel .
Performace – Micromax A54 Ninja 3.5

Micromax A54 Ninja 3.5 gives us nice result is we talk about its performance . We didn’t find any lag from the device till now ( as we are testing the device- so full confirmed details will be uploaded in full review of MICROMAX A54 ) . The performance is much better than Micromax A57 Ninja3 . Micromax Ninja-3.5 has 256 MB of RAM and 512MB of ROM (130 MB is free for apps) .We will update the benchmark and Other test for performance in our full review . 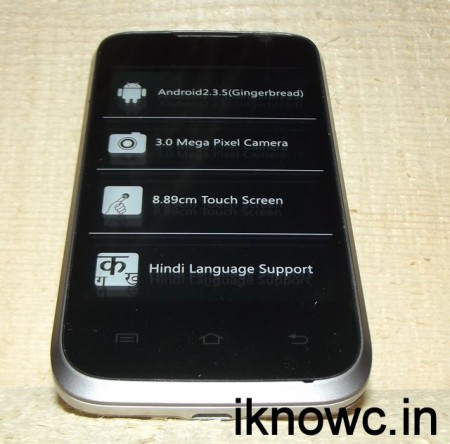 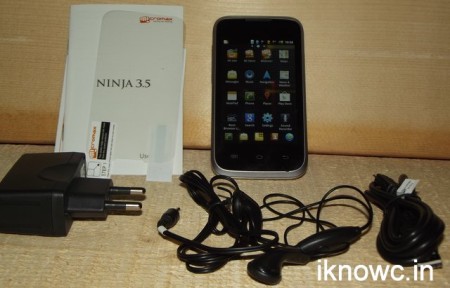 Ninja3.5 A54 has a battery of 1300mAH which Claims the Talk Time of 4hours and Talktime of 170 hrs . We own tested the Battery and it gives us very decent results . The time when we unboxed the device the battery was 50% after that we use the device for 2 hours did some calls and used wifi as hotspot for 1/2 hour and after 24 hours the battery charge left is 30% , which is nice .