Micromax Canvas 4 pre booking was started according to its scheduled time on 28th  June . All Micromax lovers as well as its competitors were eagerly waiting for the declaration of specifications but Micromax had not disclosed any sort of specs . Micromax just opened pre booking for the device & disclosed nothing else . Although the company has putted some sort of images on the official website of canvas 4 . Micromax A210 canvas 4 is also known as Micromax A210 . Gionee is also going to launch Gionee Elife E6 with 1.5GHZ quad core processor integrated with 2GB of RAM . 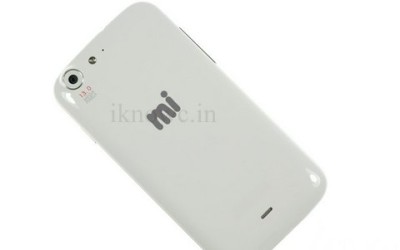 How to pre book or Pre order Micromax Canvas 4 ?

Well those who want to pre book Micromax canvas 4 can follow Micromax’s official website to do the same . In order to book the device initially you have to pay RS 5000 for the confirmation of the order . The remaining amount can be payed at the time of delivery . Day by Day Micromax is following some professional ways to Sell its devices . The company has also provided EMI options of 3 , 6 , 9 or 12 months . The device will be available from 10th of July & the orders will be shipped with in 7 days .

Micromax has clearly stated that if someone changes its mind against the device he / she can cancel the order till 15th of July . The whole pre booking amount will be refunded  .

According to the company more than 4000+ device had pre booked after the 7hours from the time bre booking started .

Although there is not a single word from the company about the specs but there are some clues that makes many thing clear . According to us the Canvas 4 A210 will have gesture motion technology , 5inch HD display , Smartpause ( smasung salaxy s4) . Quad core processor with 2Gb of ram . 13Mp camera at the back with LED flash and 5Mp front facing camera . The price of the device will be announced on 8th July .