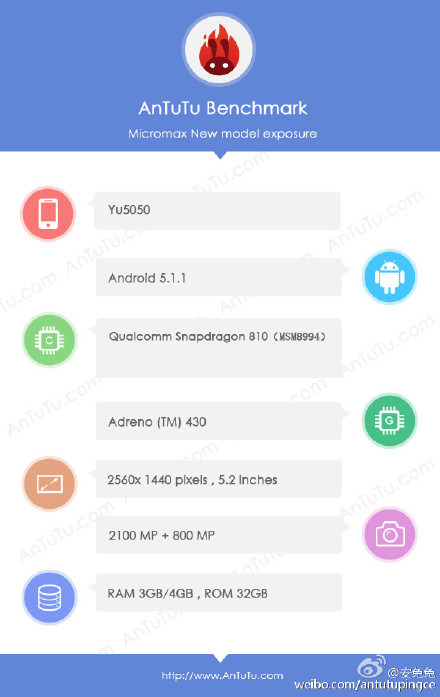 The Micromax YU YU5050 runs on Android 5.1.1 Operating System and come in two variants : 4GB / 3GB ram. The rear camera is boosted with 21MP sensor with 4K video recording support and the front is set to 8MP.It is powered by Qualcomm Snapdragon 810 MSM8994 processor coupled with Adreno 330 GPU. It would might feature a fingerprint sensor and NFC. The rest of the specifications includes 4G LTE WiFi, GPS and micro USB with OTG.

The high end flagship version scored 64938 points in benchmark. It comes with 32GB of inboard storage and there is no info microSD card slot for memory expansion.  Battery capacity is also not known yet. 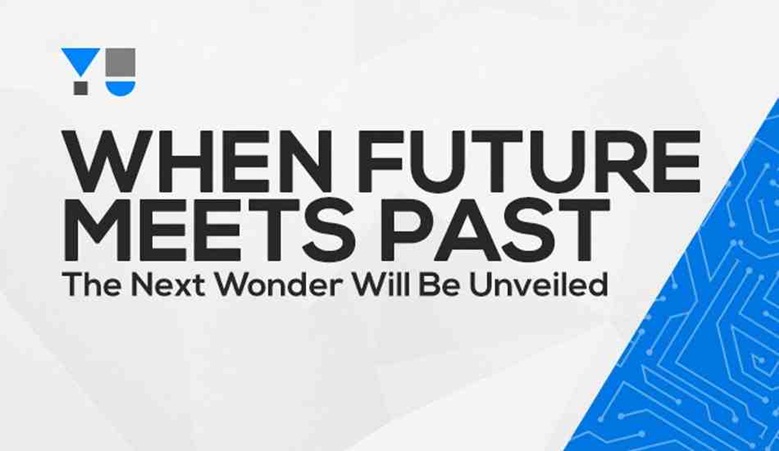