Motorola Moto G 3rd gen 2015 is the upcoming smartphone from the Motorola. The complete specifications of the next MOTO G 3rd generation have been leaked and listed on Spanish retail site. The listing reveals, the phone will come in several variants including 1GB RAM with .2GHz quad core Snapdragon 410 CPU and 2GB RAM with 1.7GHz quad core 64bit Qualcomm Snapdragon 610 processor. The Motorola Moto G 3rd gen will have dual SIM support with 4G LTE connectivity. 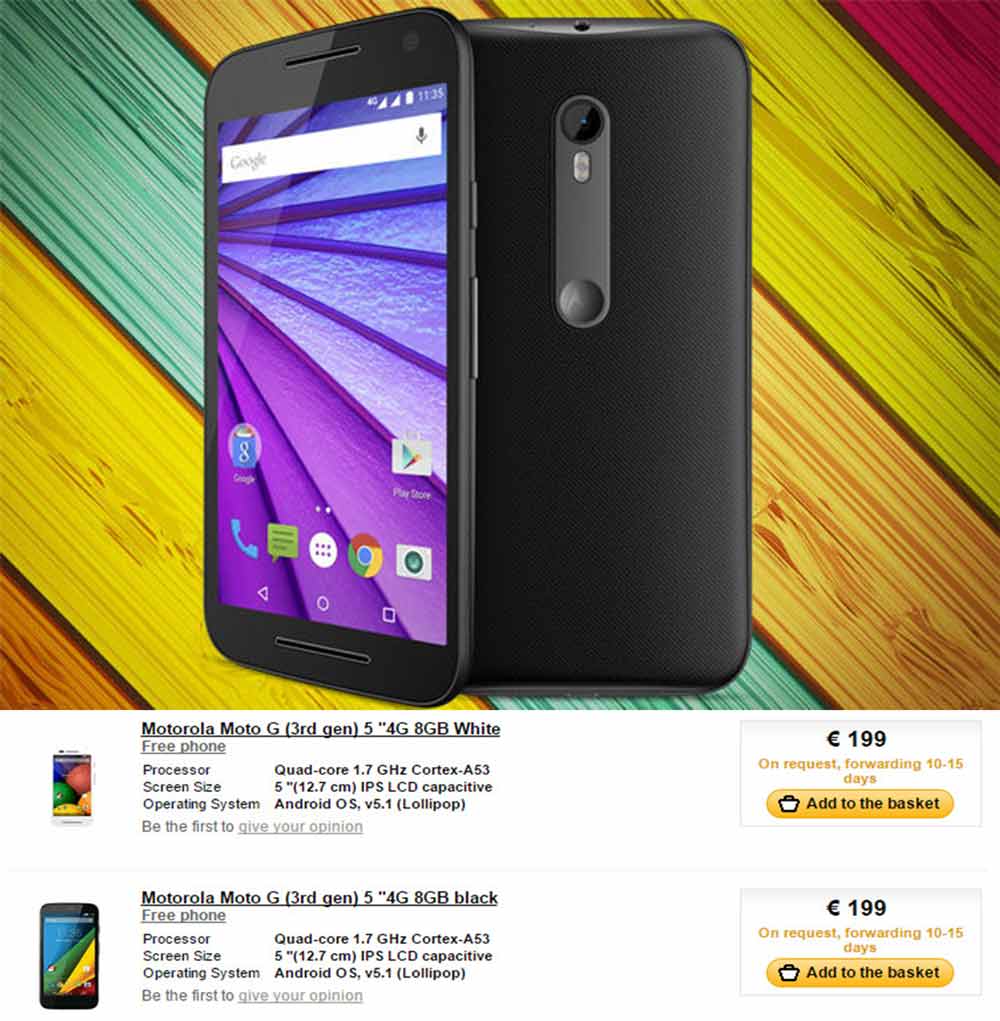 The phone will run on Android 5.1.1 Lollipop. With the new Moto G 3 rd generation, you will be able to take better pictures, thanks to the 13MP primary camera with LED flash and 5MP secondary shooter. To make the phone alive, there will be 2470 mAh battery. It will have micro SD card slot for further memory expansion up to 128GB via the microSD card.

YU Yureka Plus YU5510 by Micromax has been launched with FHD display 1,00,000 Yu Yuphoria units to go on open sale on Amazon : get ready to buy yours