There is nothing to imagine or predict about upcoming LG D821 / Google Nexus 5 because we know each and everything (specs) about the smartphone. A service Manual of DE21 was recently leaked which reveals the full specifications of upcoming Nexus 5. 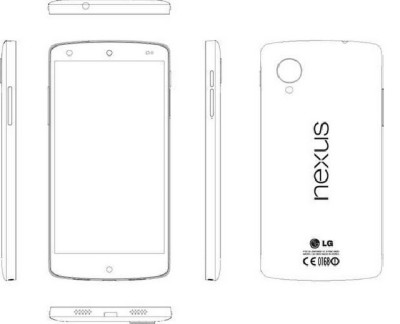 The release date / launch date of the device is unknown yet and so is the price. In mean time check out leaks of Nokia Smartwatch, Lumia 1520, Samsung Curved display smart phone and LG G Flex. Nexus 5 or LG D21 will be the first smartphone to Android 4.4 Jelly bean OS.