The Lumia 525, a new affordable Windows Phone 8 handset is finally announced by Nokia. The 525 is successor to the 520 that was launched earlier this year. The handset comes with 4-inch IPS display having 800×480 pixels resolution at 235 ppi, with Super sensitivity touch. 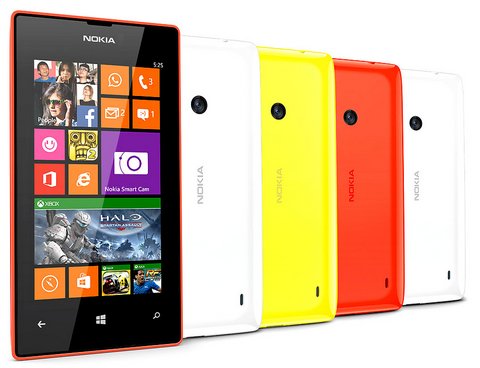 The new Nokia525 gains the strength from 1GHz dual core Snapdragon S4 processor paired with 1GB of RAM. It packs with 5MP AF rear camera without LED flash, but it can record 720p HD videos. To make the handset alive there is 1430mAh battery.

The Lumia 525 is 9.9mm thick and weighs 124 grams. The look and design resembles to most of its brothers. The phone runs on Windows Phone 8 OS and features 3G, GPS / aGPS, Bluetooth 4.0, WiFi. The 525 has 8GB of internal storage, further you can expand the memory up  to 64GB via micro SD card. The 525 has Adreno 305 GPU to boost graphics performance and to make the device snappy.

The price of the device is not known yet. The Lumia 525 comes in White, Yellow, Red and Orange colors.