Samsung has launched the Galaxy Golden (GT I9230) in India. The specs are quite impressive considering the price of the smartphone. The Galaxy-Golden comes with dual 3.7 inch Super Amoled displays with 800×480 pixels displays. It is powered by a 1.7 GHz dual core Snapdragon processor and runs on Android v4.2 Jelly bean operating system. It packs with 8-megapixel primary camera with LED flash and 1.9MP secondary camera. 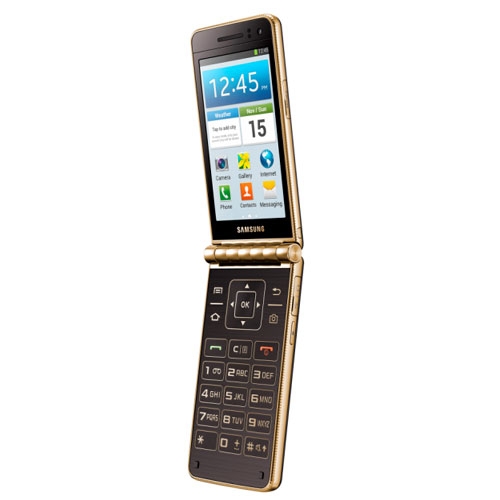 The Samsung Galaxy Golden GT-I9230 Flip  is priced at RS 51,900, you can purchase it from online retailers even at cheaper price.