Samsung wants to launch a smartphone with curved glass display to makes customers happy and also to pumps up its sale. The company will introduce a Smartphone, probably based on Android OS with curved Glass display in October, said the company officially at a media event in Seoul on Wednesday. 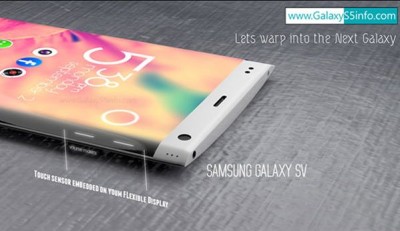 Although Samsung has not enclosed any details other than this. Well Samsung is not alone who is playing with curved displays, many other big Brand like Apple and even LG are also performing experiments on curved display. Even Sony has recently launched a curved Smart-TV.

The handset would have Octa-core or quad core processor with 2GB of RAM. As it is Samsung first curved Glass smartphone so it would support 4inch display (just prediction). At least 8MP rear and 2 megapixel primary camera. It would have a new kind of touch sensitive button which replace the hardware home button that we usually find on most of the Samsung handsets. Many are saying ( RUMOR ) that Samsung Galaxy S5 would also have curved / flexible display with metallic body constriction.

It will be more better to wait till mid-October, who knows if company would roll out its specifications as well.