Videocon A31 the latest Dual core smartphone from the company is now listed on the official website. The specifications and features would become more impressive if the device will be launched under the price of RS 7,000. There are many new smartphones that are listed on Videocon official Website but the company has not launched even one of them officially, well who knows why. The specs the A 31 are similar to Videocon A48. 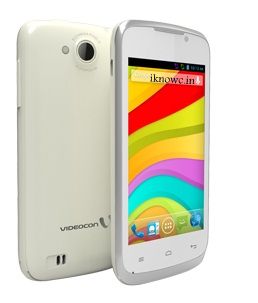 The Videocon A31 comes in white and black colors. The Price of the handset is not revealed yet, the device will be available as soon as the company launch it.