Videocon has officially introduced yet another 7-inch tablet with voice calling support, the VT85C. The Videocon-VT85C comes with 1.2GHz quad core Cortex-A9 CPU paired with 1GB DDR3 ram and runs on Android 4.2 Jelly Bean operating system. The tablet might have proximity sensor and it comes in White Color. The pricing of the tablets is not announced yet. 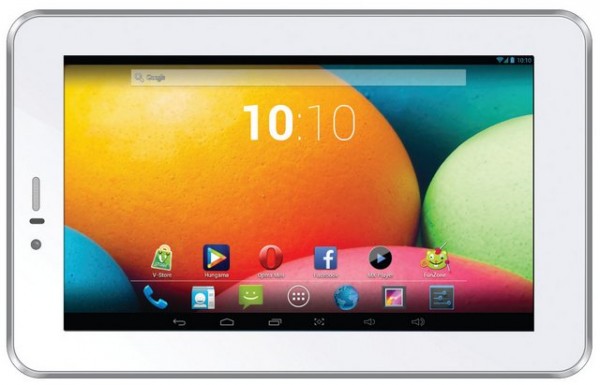 This is a Single Sim tablets with 3G network support, instead of Dual-SIM. Finally or initially its not just a TAB but also a phone, which allows you to make voice and video calls. It features WiFi, Bluetooth, GPS + A-GPS and has 4GB of internal storage.