Xiaomi Redmi 2s has been leaked online with its specifications and benchmarks. The Xioami Redmi 2 S will have 4.7inch display having resolution of 1280 x 720 pixels. The new Redmi 2-s is much compact and lighter than the Redmi 1s. It will be powered by Qualcomm Snapdragon 410 processor coupled with 1GB of RAM. It will run on Android 4.4.4 with new MIUI software. Like Micromax YU Yureka it will have 64-bit capable processor but based on Cortex-A53 and the clock speed will be 1.6GHz. The code name of the phone is Xiaomi HM2014811. 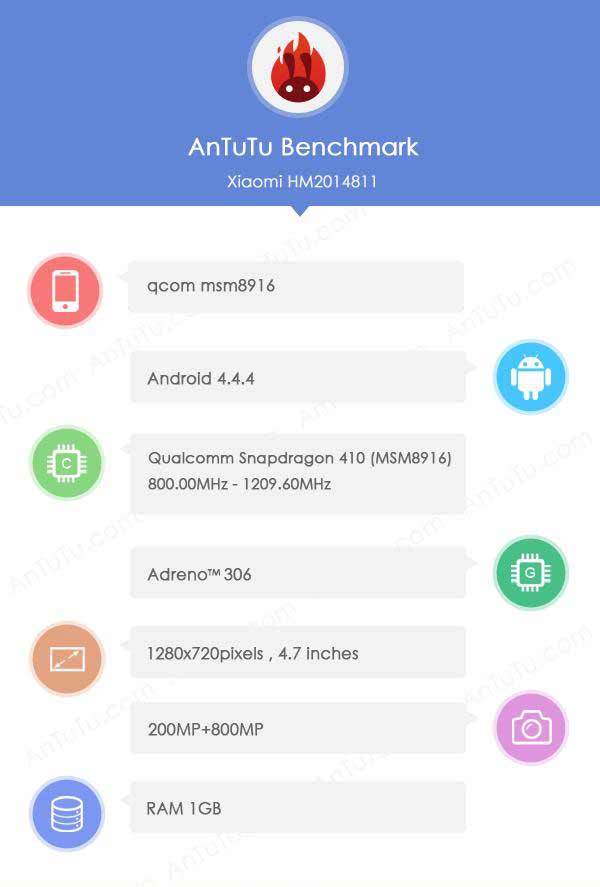 The Redmi 2s battery bumps to 2200mAh. The camera still remains the same at 8MP with LED flash and full HD video recording. Another add on in the new Redmi 2s will be the 4G LTE connectivity. Other features includes 3G, WiFi, Bluetooth 4, GPS, FM radio and USB OTG. Dual SIM support is not confirmed yet.  It is also leaked in Antutu Benchmarks revealing most of the specifications. 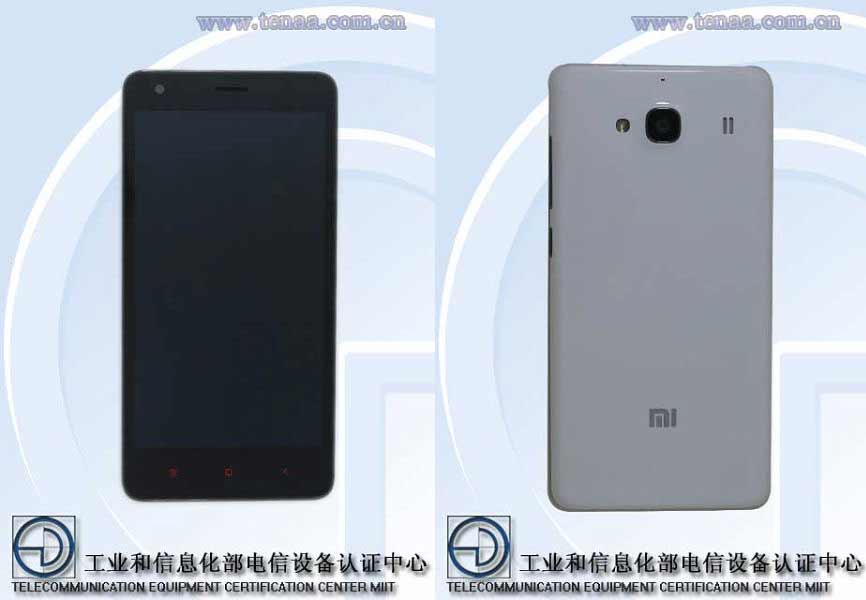 The Redmi 2S will be priced under $100 in the China. It would be launched in India under the price of RS 6000. The company is also working on Redmi Note 2 that will have 64-bit processor based on Snapdragon 615 chipset and 2GB of RAM, similar to YU Yureka.