Gionee has officially launched the Elife E6 smartphone is India. This is the smartphone for which you can go on your own, means the specs will never make you despondent. Gionee Elife E6 was announced few months back and it is already ruling in the markets of China. The device has impressive specs and features that makes it apart from other Quad core smartphones. The handset owns a premium design and look. 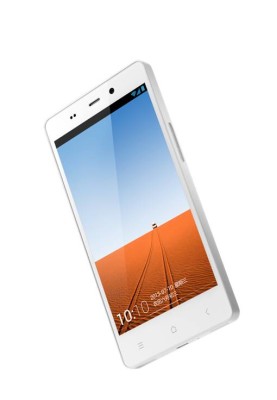 The Elife E6 would compete with Intex Aqua i7, Micromax Canvas 4 A210, iBerry Auxus Nuclea N1, Gionee Elife E5, and Sony Xperia C. Intex Aqua i7 is a stable competitor for the handset. The list of rivals is not limited to this, but the above are the main rivals considering the price  in India.

The Price of Gionee Elife E6 in India is RS 22,999 and it comes in Black and Pearl White colors.