HTC has officially announced the most awaited Smartphone ONE MAX. The phone comes with Amazing specifications, specially with A fingerprint Sensor. The fingerprint sensor on the handset makes it a stable rival of iPhone 5S which also comes with the same. The smartphone is powered by 1.7GHz Qualcomm Snapdragon 600 processor, not with Snapdragon 800. Although the rest of specs are quite impressive. 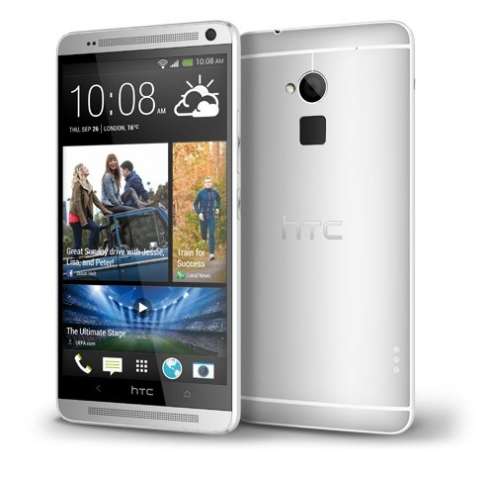 As always this HTC phone also has a premium look and design. The HTC One Max is 10.29mm thick and weighs 217grams and has Unibody design so you can the remove the battery. The Phone has 5.9inch Full HD resolution display and runs on latest version of Android 4.3 Jelly bean OS with HTC Sense 5.5UI. The fingerprint sensor on the device is basically meant to lock and unlock the handset.

The company has included an UltraPixel Camera on the back and a 2.1-megapixel frontal cam with 88 wide angle lens, the same that we seen on HTC ONE. To make the users happy and enrich the multimedia experience it comes with Dual Frontal Speakers with on board integrated amplifiers. It has dual microphones and also infrared remote control for TV. HTC One Max houses 3300mAh battery which claims 25 hours of talk time on 3G (WCDMA) and up to 28 hours on CDMA.

The company would start out for HTC One MAX from mid-end October, although the pricing for the device is not officially announced yet. But in India the price of the handset would be more than RS 50,000. It device will compete with Apple iPhone 5s, Samsung Galaxy Note 3, Xperia Z ultra and recently launched LG G2.