Karbonn has quietly released the budget android smartphone with low end specifications, the Karbonn Smart A51. The mobile phone is priced at RS 3,499. Considering the price of the device it is the cheapest smartphone from the company. Although there are many handsets that would compete with the Karbonn A51. It comes with 3.5-inch IPS HD capacitive touch screen at 480×320 pixels. The A51 handset offers Dual SIM support, 1GHZ single core processor with 256mb of RAM, 512MB of ROM, 32GB expandable memory and runs on Android 4.0 ICS operating system. It has 2G, WiFi, GPRS, EDGE, Bluetooth, aGPS, Accelerometer sensor,Ambient light sensor and FM radio and micro USB (with OTG support). The handset lacks 3G network support. It packs with 3.2MP camera with LED FLASH and 0.3 (VGA) camera. It houses 1100mAh battery that offers 100hors of standby and up to 3hours of talk time. The Karbonn A51 Smart is good device for beginners to touch screen phones or Android smartphone but not the best. 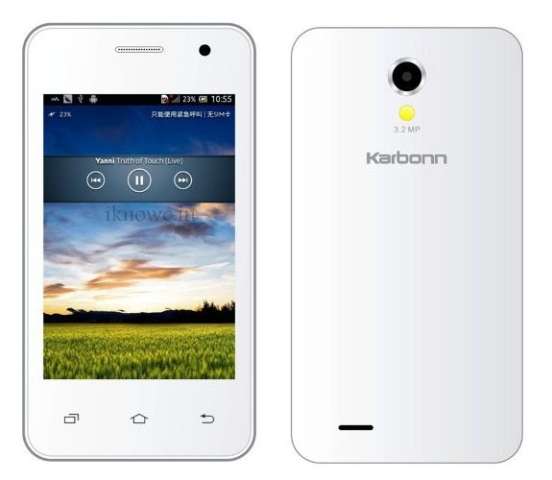