Micromax entered in the Russian Market about an week before, the company launched several smartphones to gain the market. Micromax Canvas Knight A350 is company’s latest smartphone with vigorous specs. The Canvas Knight A 350 has 5 inch Full HD IPS display and gains the strength from 2GHz OCTA core processor. The phone currently runs on Android 4.2 OS and no info on future updates. The company has not disclosed any info about the launch of A350 in India. It would be launch with some other name in India. 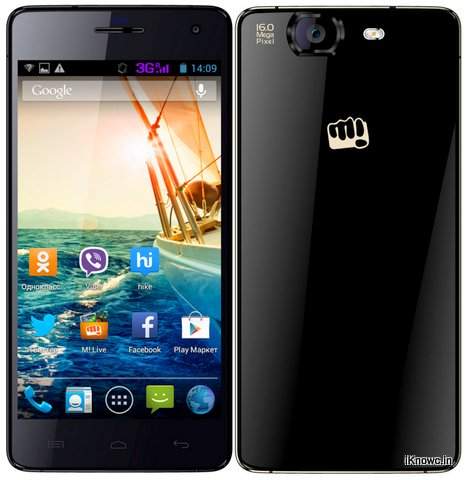 Micromax A350 Canvas Knight has 16MP primary camera and a 5MP front shooter. It would compete with Gionee Elife E7, but the E7 is still winner. The phone is just 7.3mm thick and comes with Dual SIM (micro)  support. The A-350 has non removable battery.

It comes in White and Black colors.  It has 2GB of RAM and 32GB of internal storage. The price of the Canvas Knight A350 in not announced yet but it seems that it would be Under RS 23,000.