There is no doubt about Micromax’s upcoming flagship handset, the CANVAS 5 PRO. According to the latest tweet from MMXnewscaster, the Canvas5 will have Octa core processor based on MT6592 chip,  Full HD display. Although company has not disclosed any sort of info or plan regarding the launch of Canvas-5, so this is still rumor for at least now. 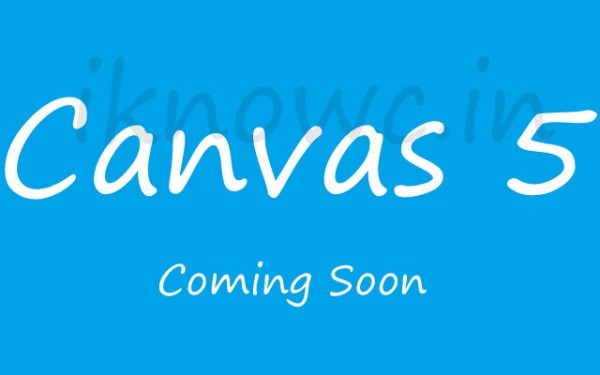 The source has also revealed some of the specs of the phone, which are generic on most of the MT6592 based chipset. We are not sure about the processor that company will use in there upcoming phone, they would use Snapdragon 800 processor to stand in the competition. Because Gionee has already revealed Elife E7, which comes with amazing specifications and at very budget price. The Gionee Elife E 7 can easily compete Samsung Glaxy S4, Sony Xperia Z, LG G2, HTC One and other flagships.

So, Micromax could use Snapdragon 800 / 805 CPU. The company would also add 4G LTE support on this handset. If we are not wrong, the MT6592 chip doesn’t supports 4G LTE. Well, all these are my own views but if the source is to be believed, the Canvas5 will be powered by 8-core CPU. The handset will have Full HD 1080p display, 2GB RAM and will run on Android 4.3 / 4.2 with Company’s own customized UI on the TOP.

The Canvas-Five / PRO will have 16GB internal memory and 3000mAh battery to make the device alive. The deigned will be improved, we hope this time there will be no crappy. It will have 13MP rear camera and 8MP front facing camera with Full HD Video recording.

We hope the Canvas 5 pro will please Indian smartphone lovers and it will hit Indian at affordable and right price. The handset will be launched in early 2014.