HTC has launched the two new budget android based smartphones, the HTC Desire 601 and Desire 300. These are the same handsets that earlier named as Zara and Zara mini. Both of the phones runs on Android jelly bean operating system. Both the devices has Accelerometer, Proximity and Ambient light sensor. 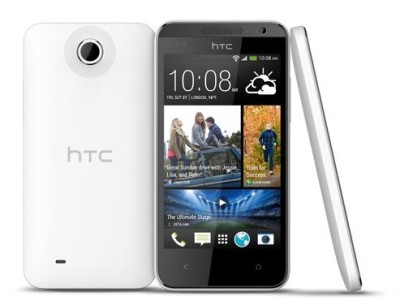 The Htc Desire 601 has 4.5inch capacitive touch screen display having resolution of qHD 960×540 pixels. It runs on Android 4.2 jelly bean OS. It is 9.88mm thick and weighs 130 grams. The Desire 601 is powered by 1.4GHZ dual core Qualcomm Snapdragon 400 processor integrated with 1GB of RAM. It comes with 8GB of storage and further memory can be expandable up to 64GB via micro-SD card .It packs with 5MP Auto-focus rear camera with LED flash and BSI sensor integrated on HTC image chip. At the front it has VGA camera. HTC 601 features 4G LTE, WiFi, Bluetooth v4.0, DLNA, GPS, aGPS, GLONASS and micro USB connectivity. It draws the power from 2100mAH battery. It is capable of recording Full Hd 1080p videos.

The Desire 300 has 4.3inch WVGA (800×480 pixels) resolution display. It gains the power from 1GHZ Qualcomm Snapdragon S4 dual core processor. It houses 1650 mAH battery. At the back of the device there is 5megapixel AF rear camera and VGA front-facing camera. It has 512mb of RAM and 4Gb internal storage. It faetures 3G,2G, WIFI, Bluetooth, GPS aGPS, 3.5mm audio jack and micro USB port connectivity.

The company has not enclosed any details about the pricing of the desire 601 and 300.