iBall mobile has just announced iBall Andi 3.5KKe+. The iBall Andi 3.5KKe-plus comes with 1.2GHz Dual core Cortex A7 Processor, 3.3inch capacitive touch screen display and runs on Android 4.2.2 Jellybean operating system. There are many handset that would compete with 3.5 KKe+ / KKePlus, such as recently launched Karbonn A90, A99, A16, A12+, A35 and Videocon A42, A48.  The handset houses 1450mAh battery that seems to be OK for the kind of specs that it comes with. To attract customers what company does is that, the back cover of the handset comes with actress Karenna Kapoor autograph. In Video / Photography there is 3.2-megapixel primary camera with LED flash and a VGA secondary camera. 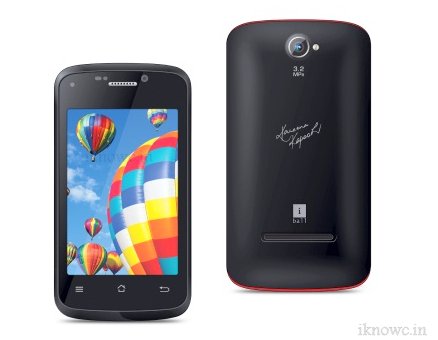 As the iBall Andi 3.5 KKe+ is not launched yet, so the pricing for the handset is not confirmed. But it would be priced Under RS 4500.