Karbonn mobiles has launched two new dual core smartphone with fair specifications, the A99 and A12+. Both the handsets comes with almost similar specifications and are available from Flipkart. 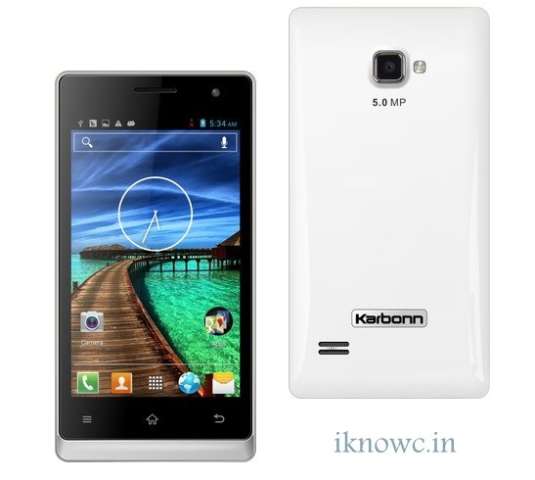 Both the handsets are powered by 1.3GHz dual core processor with 512MN of RAM and runs on Android 4.2 Operating system. The Karbonn A12 plus has 4 inch capacitive touch screen display while the A99 supports 3.97inch display. Both the handsets comes with 5-megapixel primary camera and a VGA front facing camera. Both Supports DUAL SIM and features 3G, Wi-Fi, Bluetooth.