Micromax has announced yet another budget 3G enabled smartphone, the Bolt A 66. The Micromax A66 Bolt comes with some nice specs, considering the price tag at which it comes. 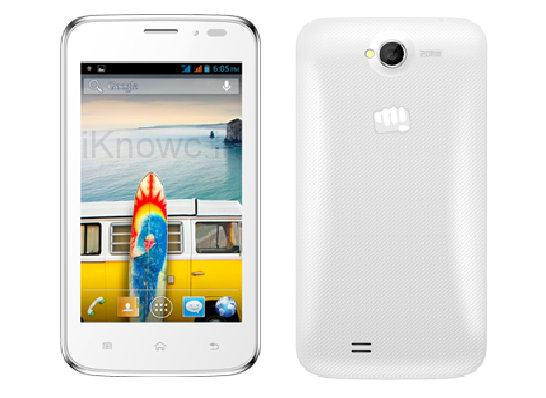 It is a Dual SIM phone with 3G support and has 1.0GHz CPU. It packs with a 1500 mAh battery that claims 4.5 hors of talk time and 116 hrs of standby time. It has 4.4 inch display with FWVGA resolution and Android 4.1.2 Jelly bean Operating system. It packs with a 2MP rear camera with flash. It is better than the A54 Ninja 3.5 that has only 256MB of RAM.

The Micromax A66 Bolt is priced at RS 5,999 and is available from ebay. It will compete with Spice Mi 436, which has 3G support on Both SIM cards.