Today we are going to review Lava Iris 503, which is a dual core budget smartphone. The Iris503 was launched earlier this month. It is dual SIM phone and runs on Android 4.2 jelly bean OS. It packs with 5MP rear camera with flash and a 1.3MP front cam. The handset measures about 143.2 x 73.3 x 10.45 mm and weighs 172 grams. It houses 2000mAh battery and has 4GB ROM and 512MB of RAM. Overall the specs are quite generic and we don’t think it is up to date  to face the competition. 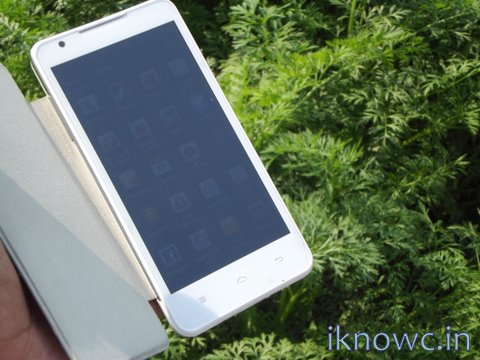 The Iris-503 has 5inch IPS display having qHD resolution (960x540p). The display is bright enough to use indoor, but would make you despondent while using the phone outdoor. It is difficult to use the handset outdoor, specially in direct sunlight. The touch response is smooth and responsive. 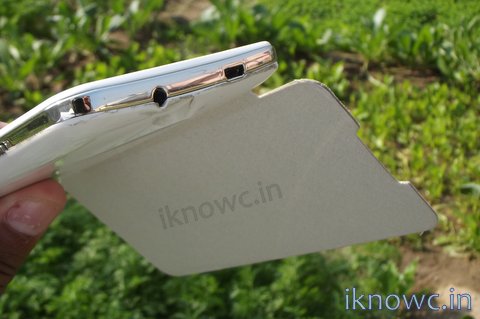 The 503 runs on Android 4.2 jelly bean OS and company has included some sort of apps to please users. The handset does support 3G.

The handset looks stylish and premium. The phone is white thick and it is quite heavy. You may feel tired after holding it in you hands for long time period. It comes with a free Flip cover, but that would make it more thick. The are three touch sensitive button bellow the display. The 3.5mm audio jack and micro USB port are placed on the top of the handset, which we really like. The power button is placed on the left while Volume rocker is placed on the right.

The Lava Iris 503 has 5MP rear shooter and 1.3MP front camera. The company claims that the phone can record 720p HD videos. The camera quality is average and so is the autofocus response. The images comes out from 5MP shooter are not that sharp as we expected them to be. Day light performance of the camera is good but low light performance is not really that good, even if you use Flash light.

The handset has 1.2GHz Dual Core CPU and 512MB RAM to boost the device. You can easily notice lag while performing multi tasks on the handset, so we recommend you to install “RAM BOOSTER” to optimize the performance. We played 720 HD videos but felt some lag, the audio and video flow was not same.

You can play basic games like – Angry birds, Temple Run etc. The 503 has 4GB of ROM, sorry but i forgotten to check the user available memory. According to company the handset has 2.54GB storage for user. 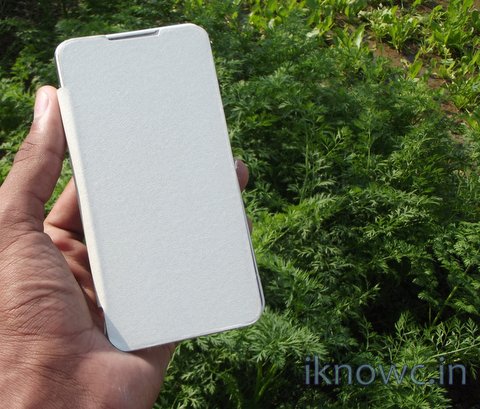 Lava Iris 503 is a Dual core smartphone with 5MP shooter, Dual SIM, 3G and 512MB of RAM. There are many handset available in the market that can easily compete with this handset. Let me very honest, we are not really impressed by the performance and Camera of the Iris 503. Micromax’ s recently announced Canvas A77 Juice has much better specs that the 503. The A77 has 1GB RAM, Dual SIM support and massive 3000mAh battery and it is priced under RS8000.