Oppo, the company behind the make of camera centric phone N1 has now launched R833T in China. The R 833 T comes with a 4.3inch capacitive touch screen display having WVGA resolution and is powered by 1.3GHz 4-core processor based on Cortex A7 architecture. 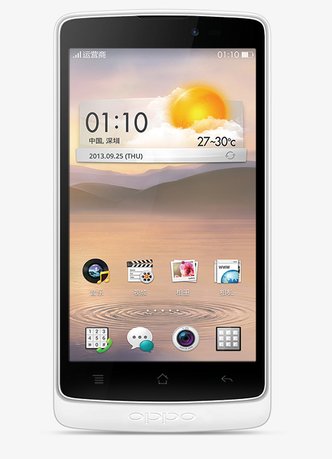 The new R833T features 1GB RAM and 4GB of Internal storage, also there is micro SD card slot for further expansion. It has 5MP primary shooter with Flash and 2MP front facing camera. The phone runs on Android 4.2.2 Operating system with Color OS on the top. The handset will compete with mid-range smartphones.

The handset is 9.8mm thick and weighs 139 grams. The price of Oppo R833T is not disclosed yet, but it seem that it would be the cheaper and budget phone from the company. However the R 833T would not be available in India.