Well a very good news for Android lovers , UMI – a china based manufacturer  who is already in fame due to its UMI X2 and Umi X1 . Many peoples are waiting for UMI x2 to launch and UMI now comes with there new quadcore handset that is UMI X1s . UMI X1 runs on MTK MT6589 chipset having frequency of 1.2GHZ . UMI X1s runs on Android 4.1 jelly bean . UMI X1s price in India is Rs 10500 . There is already rush of Quad core handsets in the market and now one more  comes at budget . 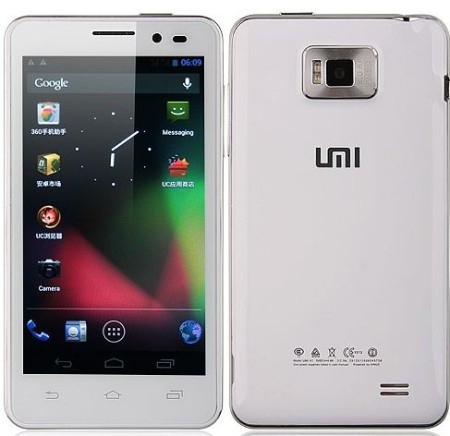 4 . Gionee Dream D1 ( Unboxing & Review ) – Gionee Dream D1 has Super Amoled HD Display .  We own tested the hardware quality of Gionee’s mobiles & on that basis i can say that quilt quality is much better than others phones . We will review of Gionee Smartphone very soon .

Overall UMI X1s would be a great buy at this price .

UMI X1S BUY -You can Buy UMI X1s from Umimobiles  .

LG Z and Samsung Galaxy Note 3 Active with curved display, booked for this October Karbonn Titanium S5i, A36 and A6+ Kochadaiiyaan launched