Google has officially announced its latest Nexus flagship smartphone, the Nexus 5. The specs of the handset are quite impressive and its affordable price makes it more attractive. It would compete (VS / Rival) with Samsung Galaxy S4, Sony Xperia Z1, HTC ONE, HTC ONE MAX and LG G2. The handset would be available from Google play store, in the US it goes out of stock. 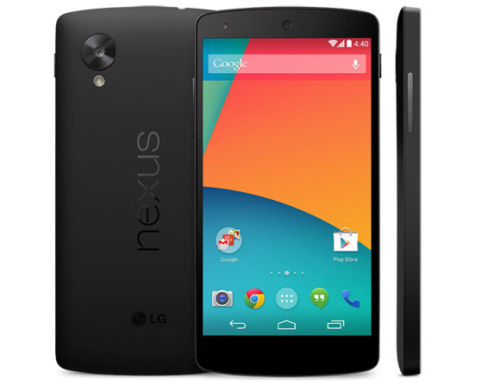 The phone is powered by 2.3GHz quad core processor and runs on Android 4.4 kit-kat. According to Google it is the slimmest phone that they have ever made. The phone has 2GB of RAM, latest Adreno 330 GPU cloaked at 450Mhz and 8-megapixel snapper at the back. The handset looks stylish, sleek and premium. The Price of the handset for India is also announced via Google play store listings with Coming soon tag. The 16GB variant is priced at INR 28999 and 32GB model is priced at 32,999