Huawei Honor 6 Plus has been officially announced at an even in China. The Honor 6+ comes with some vigorous specifications like : 4G LTE, 5.5 inch FHD screen, Dual rear cameras etc. The Huawei Honor 6-plus  comes with 1920 x1080px 5.5-inch display with 72.8% screen to body ratio and 2.8mm slim bezels on the sides. It draws the power from Octa core processor (4x 1.8GHz + 4X1.3GHz) based on Hisilicon Kirin 925 chipset with 13 low power sensor. It runs on Android 4.4 KitKat with Emotion UI layer on the top. It has 3GB of RAM similar to OnePlus One. It would compete with Xiaomi Mi-4 and Vivo X5-MAX. 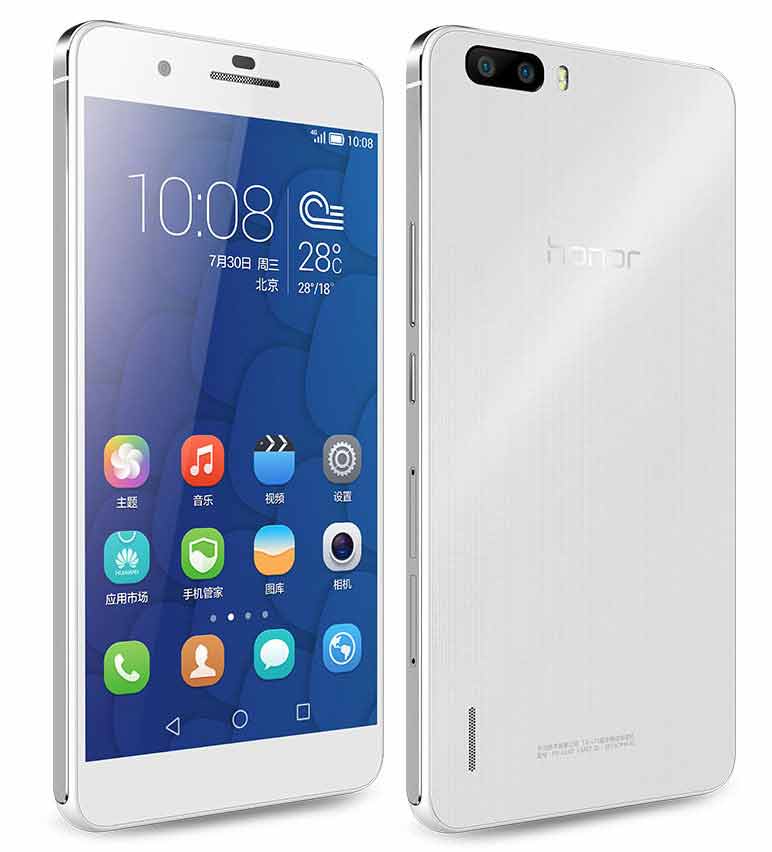 The Honor 6 + features Dual 8MP rear cameras with Dual LED flash for effective pixel size up to 1.98 microns (not for 3D video recording ). You can also adjust the aperture that can be set between f/0.95 and f/1.6 (more blur in background) and it offers Ultra fast Autofocus speed of just 1 millisecond. It has CAT6 LTE support that has NFC support as well. It is Dual SIM smartphone with 4G LTE connectivity. Company has made different models for China Mobile, China Unicom and China Telecom. It is 7.5mm thick and weighs 165 grams. It is powered by 3600 mAh battery and has IR LED for remote control.

Honor 6-Plus Pros and Cons