iBerry Auxus Nuclea X has been officially launched at price of RS 12,990. The iBerry Auxus Nuclea X draws the strength from 1.7GHZ OCTA core processor based on Mediatek MT6592 Chipset. The handset offers stunning specifications at this price. We will try to review and Unbox this handset as soon as possible. There is No doubt, there are several 8-core handset in the market but we think iBerry Nuclea X is cheapest among them. It will compete with ( Rival /VS ) Gionee Elife E7 mini, Micromax Canvas Knight A350 , Karbonn Octane Plus and Intex Aqua Octa. 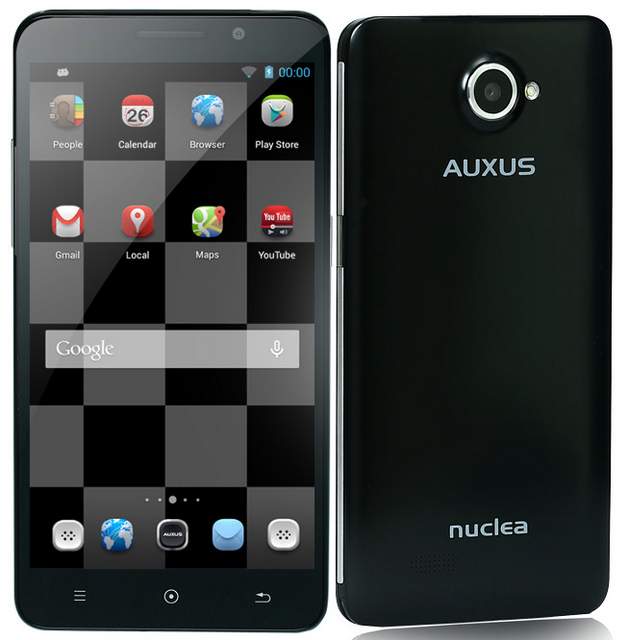 The iberry Nuclea X has 5 inch 720p HD IPS display based on OGS tech. It is a Dual SIM smartphone with dual Standby. It comes with 13MP primary shooter and a 8-MP secondary imager. The handset is accomplished with 1 GB of RAM and 8 GB of internal memory. To make the handset alive there is 2800 mAh battery, should offer good talk time. Over all the Auxus Nuclea X seems to be a Stunning handset at this price. It has good Camera, battery and display as well.

The company has also launched the iBerry Auxus Handy H01 with entry level specs. The Nuclea X is available in Black color and you can pre order it from ebay India.