Micromax has launched several CDMA smartphones in the past few months. The company has now announced there latest Dual SIM smartphone with CDMA support, the Micromax Canvas Blaze HD EG116. The phone comes with some nice specs, although the Price of the EG 116 Blaze  is not unveiled yet. It comes with 5-inch Display with 720p HD  resolution and 1.2Ghz 4-core processor based on Snapdragon MSM8625Q processor. It would compete ( vs )  with Micromax Canvas Duet II EG111 and Blaze MT500. The 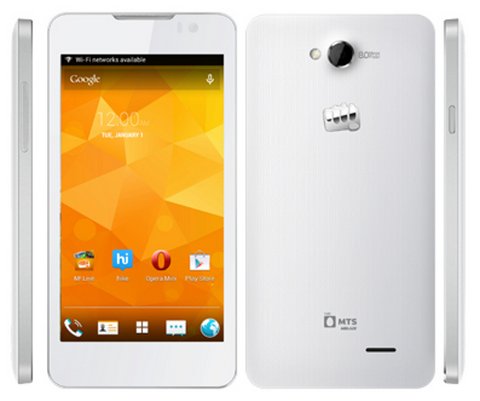 The Eg116 comes with 4GB in internal storage and up to 3GB expandable memory with external micro SD card support. It seems that company has partnered with MTS to launch this new phone, as it comes with MTS branding on the rear. SO MTS would offer some special Data Plans with this new Blaze-HD EG-116.

The Micromax EG116  handset is listed on the firms official website. Micromax is also teasing Canvas Knight A350 which would be launch in Mid of March.