Xiaomi Redmi 2 has been officially launched in China at very attractive price with vigorous specifications. The Mi Redmi 2 was leaked several times before its official launch. The new Xiaomi Redmi 2 features 4.7-inch IPS display with 1280 x 720 pixels resolution. It draws the strength from 1.2GHz quad core processor based on Qualcomm Snapdragon 410 MSM8916 64-bit processor coupled with Adreno 305 GPU. It runs on Android 4.4 Kit-Kat operating system with MI-UI 6 layer on the top. 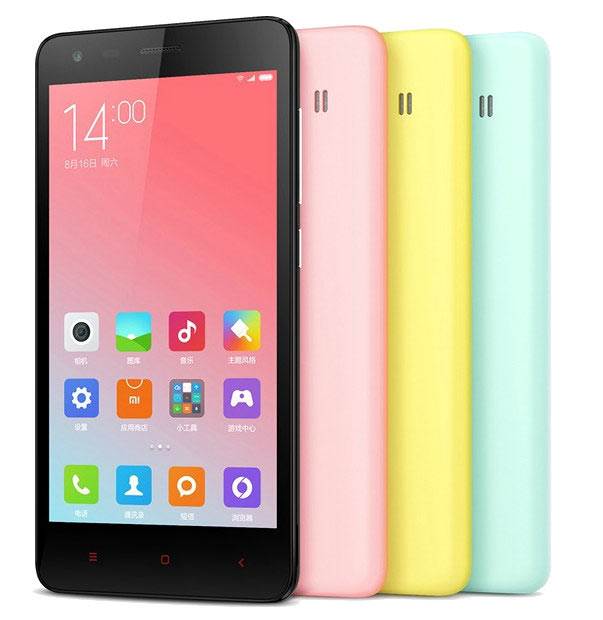 The Redmi 2 is a Dual SIM smartphone and has 8-megapixel primary shooter, similar to Xiaomi Redmi 1s. The main camera is accomplished with BSI sensor, with the lens having f/2.2 aperture and OmniVision Sensor. The primary shooter is capable of recording full HD videos while the secondary shooter can rec videos at 720p. To make the phone alive there is 2200mAh battery. The Mi Redmi 2 has been boosted with 1Gigs of RAM and 8-gigs of internal storage. It would compete with Microsoft Lumia 638, Micromax Yu Yureka and Videocon infinium Z50 Nova.

It has 4G LTE connectivity on both the SIM cards ( TDD-LTE (B38/B39/B40 /B41), FDD-LTE (B3 / B7). It will be available separately for China Unicom and China Telecom with support of suitable bands. Company would soon launch the Xiaomi Redmi Note 2 / 2s with Snapdragon 615 chipset and 2GB of RAM.

The Xiaomi Redmi 2 will be available in Gray, White, Yellow, Green, Black and Pink colors. It is priced at 699 Yuan ( US $ 113 in the USA / RS 7200 in India ). Company has not disclosed any details about the global roll out of the phone. You can pre-book it in China from QQ Tencent and the first sale will begin on 9th January 2015.