Xolo the popular premium smartphone brand  launched , A500S . Xolo A500s is powered by Dual core processor & Mali 400MP GPU . The device seems to better than its competitors  Celkon Campus A20 , Celkon A107+ . Sony Xperia M can also be its competitor . Xolo A500s has 4 inch capacitive touch screen display having WVGA resolution 800 x480 pixels . As far the device runs on Android 4.2 jelly bean out of the Box . 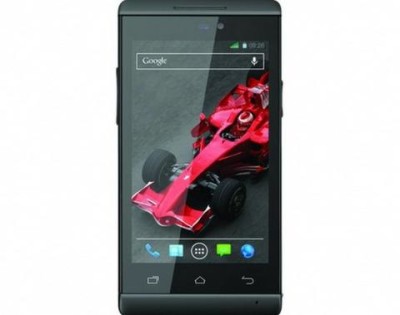 The design of the device is pretty nice and stylish . It draws the power from 1.2GHZ Dual core MT 6572W processor integrated with 512MB of ram  . The Xolo A500s is capable of playing and recording 720p videos flawlessly . The smartphone comes with 4GB of internal memory and expandable meory of 32GB via SD card . the handsets houses 1400mAh battery to power the device . At the rear there is 5MP rear AF camera with VGA at the front . It has access to Dual Sim card slots ( 3G + 2G ) with Dual standby . It is good thing that it does support 3G .