Karbonn’s upcoming android based smartphone the A16 with 1.3GHz Dual core processor is listed on flipkart. The specs of the handset are standard, as the price of the handset is not revealed yet so we cannot say any thing much about. The company has launched several smartphones quietly, so the A16 would also follow the same trend. The Karbonn A16 comes with 3.9inch capacitive touch screen display, Android v4.2 operating system and Dual SIM capability. It is powered by 1.3 GHz dual core CPU integrated with 512MB of ram and attributes a 5-megapixel primary camera. As per the spec mentioned on flipkart the handset attributes a 1350mAh battery, which seems to be pretty low for a 4inch display. 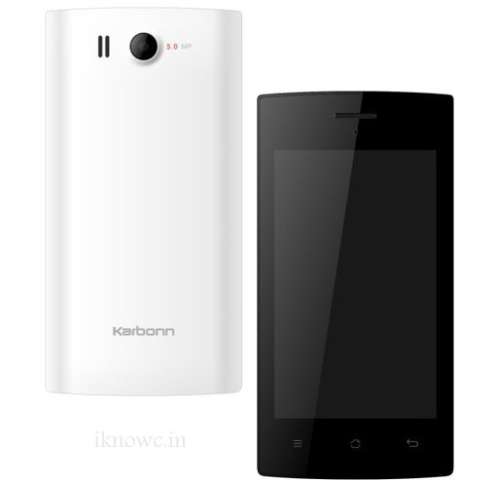 The price of Karbonn A16 is not known yet but it would be priced under Rs7,000.  It will Compete with recently launched Celkon AR45. Also Check out Micromax’s upcoming smartphone the Micromax canvas Turbo A250.