Zen mobiles has launched a new budget smartphone, the Ultrafone 504 with entry level specs. The phone comes with 5 inch display and gains the strength from 1.3GHz dual core processor. The handset runs on Android 4.2 OS and packs with 5 megapixel primary shooter. 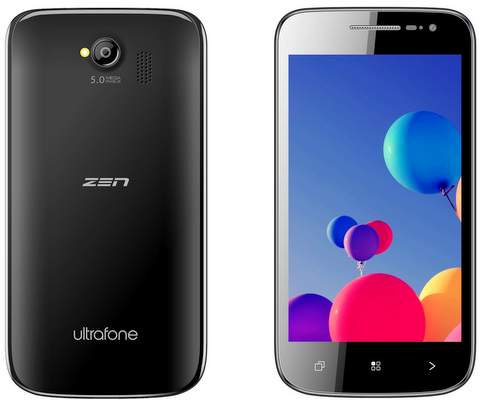 The Zen Ultrafone 504 has 512MB of ROM, 4 gigs of internal storage and micro SD card slot for further expansion up to 32GB. The device has dual SIM support and features 3G, WIFi, Bluetooth and GPS. The company has not mentioned detailed specs of the phone.