Champion Technologies has launched the new quad-core smartphone, the BSNL Champion Trendy 531 Phablet . Actually the company is partnered with BSNL to bring the Trendy531. There are bunch of Quad core smartphone in the Indian market with entry level and high end specs. Now the new mobile handset has joined them. Considering the features of the handset it would compete with Gionee Gpad G2 (check out our review) and Micromax Canvas Doodle 2. 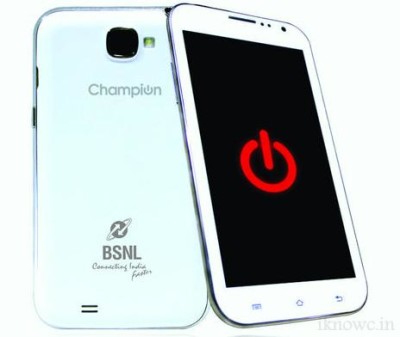 The Trendy 531 is priced at RS 13,999 including a free flip. The 5.3inch display, 13-megapixel rear camera and 3200mAh battery can impress any one at first look. The handset look is similar to Samsung handsets, specially from the back.

The handset comes with 5.3 inch  (resolution unknown) capacitive touch screen. The resolution of the Display would be 1020×720 pixel (prediction). The Trendy 531 has 1.2GHz quad core processor, Dual SIM access and runs on Android 4.2 Jelly bean OS.